Al Asad, Iraq, November 16, 2016 - Greetings from Al Asad, Iraq:  First I would like to take the opportunity to thank you! 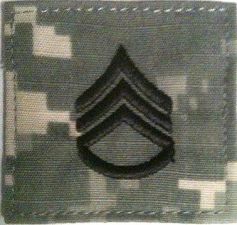 The outpouring of support that still exists from the Citizens of the United States of America is something to behold.  Our country has been fighting wars and helping other countries fight wars since the dawn of time, or so it seems, let us not forget we had help from other countries (France) just to become a country.  So in a way I figure we are still paying that dept off every generation.

Somehow my generation got to do two major conflicts. I must add that our total 'lost and injured' has nowhere near come close to any generation before us.  It has been a long 15 years and most of the population in the US have become 'bored' with war and it is no longer the 'in thing' to support the troops like it was for the first few years, yet the core of our honest and hard working citizens have been supporting us 'over here' without fail for the duration.  With that thought in mind, I salute each and everyone whom have given so much and asked for little or nothing in return.

I wish from the bottom of my heart that I could give each and every one of you a memento of thanks for the support you provide to Soldiers, Sailors, Airmen and Marines every day.   I have personally been on 2 deployments to Iraq now, and also have 2 deployments to Afghanistan.   I won't count places like S. Korea since it has everything that you could want for with the exceptions of a few freedoms and limited interaction with family that is similar to a deployed environment, but I was in Korea 2 times as well.

Each Soldier has a different story and each area,  and each deployment,  is faced with different difficulties and needs.  I shall not talk about my other deployment environments other than to say, this one is in some ways the worst and some ways the best.  We have WIFI, around the living areas and in the DEFAC (mess, chow, dining hall), though it is slow and the cheapest option is $50 a month.  We have an OK gym that has no AC but the equipment is varied and somewhat nice, the gym with AC is more of a scrap yard.  Our food is horrible, but they are trying to get better.

There is for some reason a lack of all things mustard, but I have placed an order with another section of our platoon to send us a few cases from their location that has an abundance.  Many of us sleep on cots… mostly basic green army cots that haven't changed since?  I know they were the same in Vietnam…  a couple of us (me with my older back) managed to get blessed with a 'force provider' which is just a slightly more comfortable cot.  There are no barber shops or barbers, so my Soldiers having bad haircuts is my fault, because I don't know how to cut hair that well.

Our Exchange Store, 'MCX', 'PX' is much like any other commodity that is Marine operated, sad.  The Marines are great at fighting and will go places and do things that no man should do, or have to do.  Somehow though they fall short on any sort of supply activity, I suspect because the idea of a Marine getting to comfortable may somehow affect their fighting abilities.  It may very well be true, which is why the Army steps in to provide logistics, everywhere (we are).  We live in Containerized Housing Units (CHUs) that we recovered from those we left behind the last time we were here.  It's been months since Al Asad last took 'incoming fire', there has been none to date since I have been here.

We do proudly put about a half a million dollars of tax payer money to work every day/night in outgoing fire, in case you were wondering where your money goes to!  Most of the members of my 'group' are Ammunition Specialists, as such I am easily able to get information on what everything costs that goes boom.  In fact, it's a statistic that we have to keep track of.   Wow, ok so I covered about half of everything!  Like I said in the beginning, thank you for all you do and your support of us!

SSG Phillip ----
All around awesome dude