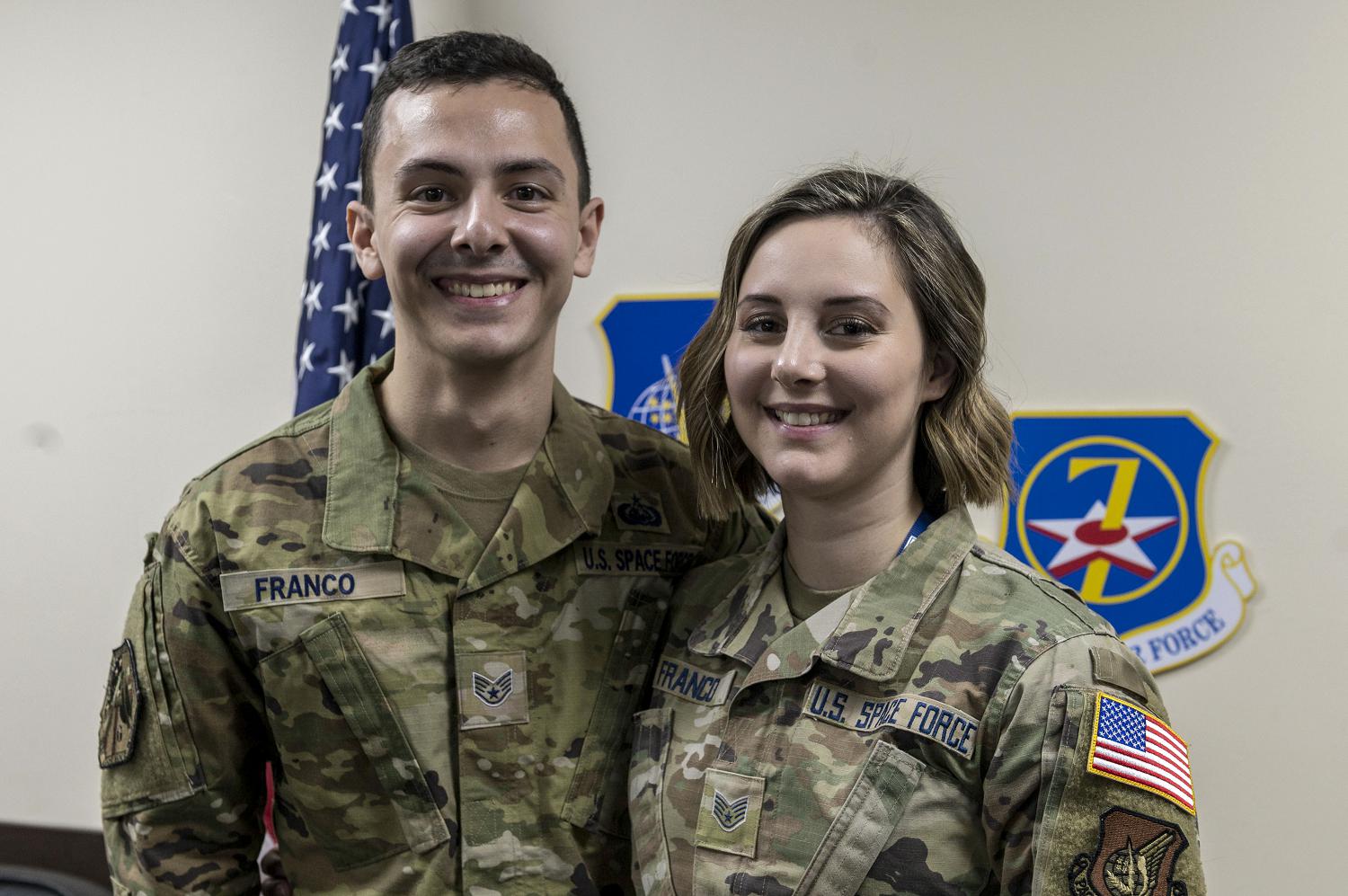 Space Force Sgts. Frank and Jamie Franco pose for a photo following a transfer ceremony at Osan Air Base, South Korea, Feb. 5, 2021. The Francos, who volunteered to switch services, were among the 5,000 initial airmen selected to help set the foundation for the Space Force. (photo by Staff Sgt. Betty R. Chevalier)

They met in the Air Force and married in the Air Force. And earlier this year, Frank and Jamie Franco ventured into a new frontier – they transferred together into the Space Force. The couple joined an early wave of airmen transferring into the military's newest branch.

It was Jamie who first took to the idea, after the Francos heard about the opportunity for people in their career field, cyber systems operations, to transfer. A call for volunteers went out in early 2020. 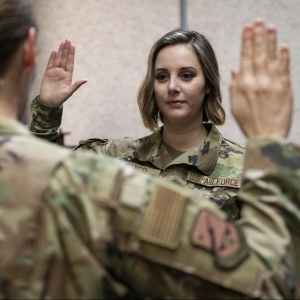 Air Force Staff Sgt. Jamie Franco recites the oath of enlistment during a change of service ceremony at Osan Air Base, South Korea, Feb. 1, 2021. Jamie and her husband, Frank, both made the jump from the Air Force to the Space Force. (Photo By: Staff Sgt. Betty Chevalier) 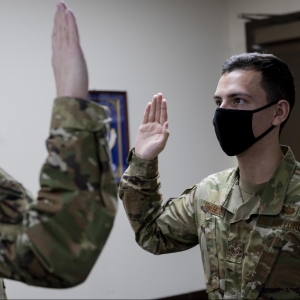 Air Force Staff Sgt. Frank Franco recites the oath of enlistment during a change of service ceremony at Osan Air Base, South Korea, Feb. 5, 2021. Frank and his wife, Jamie, both made the jump from the Air Force to the Space Force. (Photo By: Staff Sgt. Betty R. Chevalier) 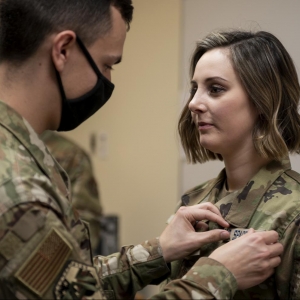 Air Force Staff Sgt. Frank Franco switches out the name tape on the uniform of his wife, Space Force Sgt. Jamie Franco, during a change of service ceremony at Osan Air Base, South Korea, Feb. 1, 2021. The Francos were the first married couple at Osan to switch into the newest service. (Photo By: Staff Sgt. Betty R. Chevalier)

"For about two weeks, she would bring it up all the time — how cool it would be to make history and be some of the first people into a new branch," Frank recalled. "Eventually the idea grew on me, and [I] realized I couldn’t let her go at it alone, so we both volunteered."

The Air Force and Space Force selected about 5,000 members to make the interservice transfer, which entailed officially enlisting in the Space Force.

Jamie, who had a pending promotion in the Air Force, pinned on the rank of staff sergeant on Feb. 1, 2021, before taking the oath to enter the Space Force. Frank followed suit, enlisting on Feb. 5. They are now Space Force Sgts. Jamie and Frank Franco.

"It feels a bit unreal," Jamie said about the transfer. "I feel like the time that’s passed since the branch stood up has flown by. … I wish I could talk to someone who transferred from the Army Air Corps to the Air Force, because I’d love to know what was going through their mind at the time, and what they wish they would have done."

For now, though their assignment options are different, and the text color on their name tapes has gone from spice brown to navy, the Francos say the change hasn't fully hit them.

They expect that will happen when they get transferred to a Space Force base, which they think will be sometime very soon. For now, they are temporarily serving in Air Force billets at Ramstein Air Base.

Their Air Force history – individually and together – runs deep. Jamie joined in April 2016. She had been in community college, preparing to transition to a university, when she realized she couldn't afford it. She was in a sociology class when she heard her professor say the word "military." "I was like, 'well there’s an option,'" she recalled.

Frank joined in September 2014, following both of his brothers and one of his sisters into the service. "I just really wanted to carry on the tradition as well as get the opportunity to travel and get a free education," he said.

They met at a holiday party while serving in their first unit, the 83rd Network Operations Squadron at Langley Air Force Base, Virginia.

"We've actually spent every single day we could together since that holiday party," Jamie said. "We got married when Frankie received orders for Osan [Air Base, South Korea,] six months into our relationship, and we’ve never looked back."

In their spare time, the couple loves traveling and say they look forward to getting back to it. Jamie also enjoys baking and arts and crafts; Frank likes playing video games, watching movies and occasionally golfing.

And they love spending time together, making their transition from airmen to Space Force guardians all the more meaningful.

"Transferring to the Space Force with Jamie means everything to me," Frank said. "Without her, I most likely would not have taken this opportunity. I'm not sure what's going to happen in the next few years of our Space Force [careers], but I'm very fortunate I get to start this journey with my best friend."