Special Forces get a small yet powerful cyber support device 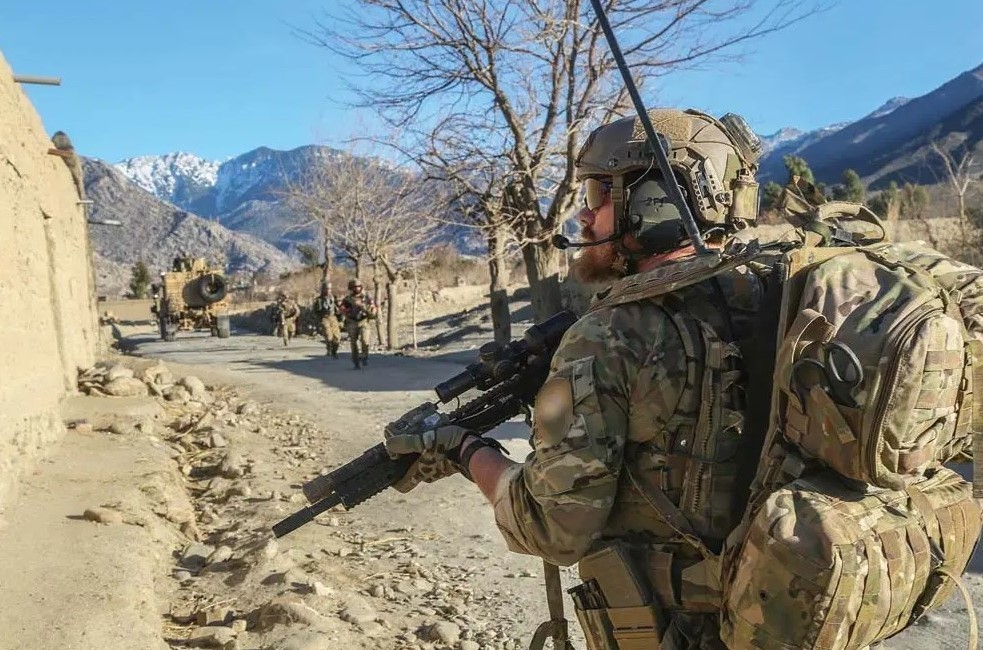 The device is a smaller, faster version of the Simple Key Loader (SKL), which is currently fielded across the Army.

“The TKL utilizes proven technology that has worked in combat for the special forces of other Services,” said Michael Badger, product lead COMSEC, assigned to the Program Executive Office for Command, Control, Communications-Tactical (PEO C3T). “It provides niche capabilities that are enhancing U.S. Army special operations missions, including a smaller and dimmer screen to reduce detection during nighttime operations.”

“These keys are loaded onto tactical radios, secure phone, network encryptors, and data storage devices, and can store up to 40 tactical and 80 strategic keys.”

The cryptographic keys are vital to protect the contents of classified communications, he said.

“The TKL is made for small-unit teams on patrol,” said Staff Sgt. Travis Weber, COMSEC manager for 5th Special Forces Group, USASOC, Fort Campbell, Kentucky. “Its enhanced battery capability gives us 40-hours of uninterrupted crypto key performance, and it provides the required boost that allows us to boot up and log in in seconds versus the minutes required to perform the same functions on the SKL.” 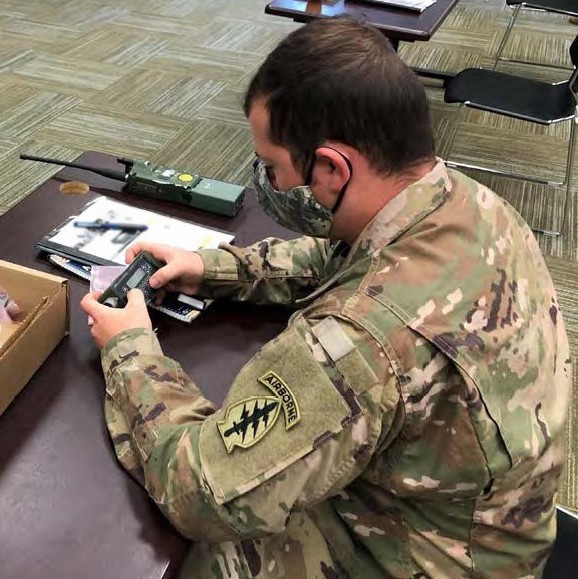 Special Forces at U.S. Army Special Operations Command Headquarters, Fort Bragg, North Carolina, initialize their new Tactical Key Loader as part of a new equipment training class in March 2021, where they loaded the cryptographic keys onto tactical radios. The Army procured and developed the TKL specifically for Special Operations teams due its smaller and dimmer screen to reduce light during nighttime operations and its simple one-button operation to fill the key slots. (photo by Phillip D. Greer)

Simplicity is another key feature of the TKL, because once the device is set up, the user only has to push one button to fill the key slots. The process is further streamlined because Soldiers only take the keys they need on patrol versus taking their entire database. If for some reason communications devices such as radios become compromised, the whole structure isn't completely compromised. With the TKL the remaining radios can be quickly loaded with a new key, Weber said.

In addition, using the TKL eliminates the need to carry extra cables because its manual port allows Soldiers to clip the device directly to the radio to load the keys, he said.

To meet the Army’s urgent requirement for a Special Operations-designed crypto key device, the PdL COMSEC team procured and fully fielded the NGLD-S TKL worldwide in under sixteen months, despite challenges due to COVID-19 restrictions. The team is now currently in source selection for the big brother to the NGLD-S, the Next Generation Load Device–Medium (NGLD-M), which is a development effort that will award up to two contracts by 4QFY21. The NGLD-M will be capable of storing over 10,000 keys, and is designated to replace the SKL for use in tactical, strategic and enterprise network locations.

“Modern network cryptographic key technologies will be critical to the Army’s effort of protecting tactical network communications from the prying eyes of potential adversaries,” Badger said. “The NGLD family of systems will help to meet this requirement across echelons in the very near future."