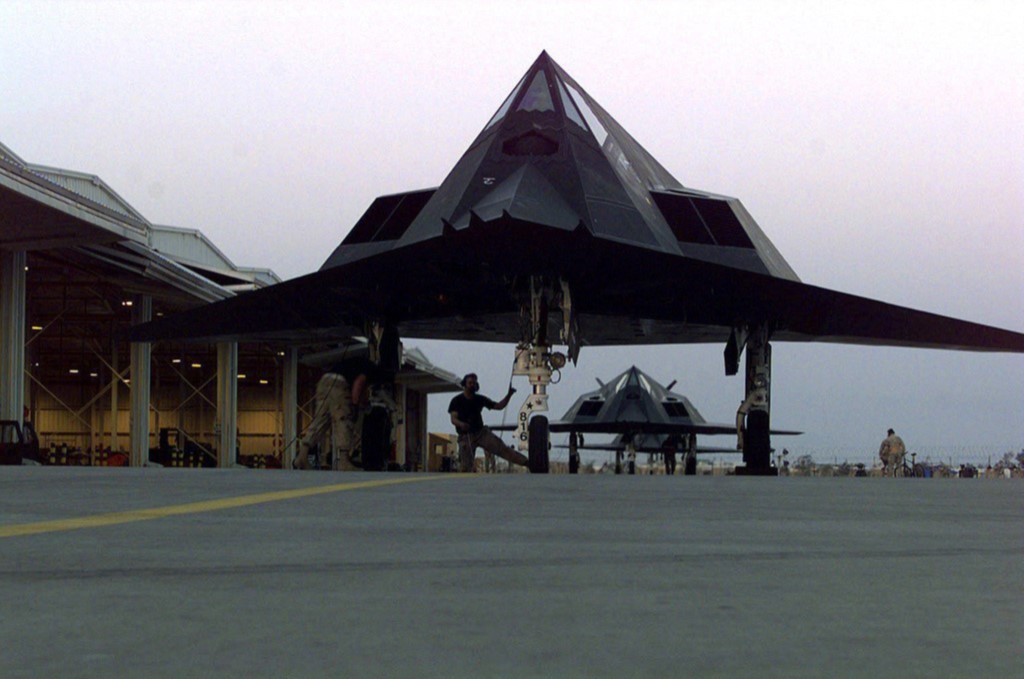 By Yancy Mailes - September 02, 2021 − This September marks 20 years since our nation came under attack. Most people can vividly remember where they were on 9/11 and repeat that event in full detail; however, when you ask them what the nation, or the Air Force, looked like in the summer before 9/11, they struggle to find a memory.

The year 2001 represented change for the nation. In January, President George W. Bush took office and began selecting his cabinet. However, the controversy over the Florida election returns, and “hanging chads,” delayed the appointment of defense officials even more than in previous years. Eventually, he charged Donald Rumsfeld to lead the Department of Defense, and while the overall impression was that things were generally calm around the globe, Rumsfeld reminded President Bush that Iran was pursuing chemical and biological weapons, North Korea wanted long-range ballistic missiles, and the Chinese were increasing their military capabilities across the board. Thus, in the spring and early summer, the Secretary of Defense focused on the long-elusive goal of transforming the armed forces to fight a war of the future. To do this, they would need new equipment.

Outside of Washington, the first six months of 2001 had many uplifting, controversial, and sad moments. In February, the NASCAR Nation lost Dale Earnhardt when he crashed on the last lap of the Daytona 500. In April, a Chinese fighter jet collided with a Navy EP-3E surveillance aircraft, forcing the American military plane to make an emergency landing in Hainan, China. That same month, in Mississippi, voters elected to not alter their state flag, which had a Confederate Battle Flag in its canton, but rather leave it as is until 2021. Also, the first space tourist, American Dennis Tito, lifted off from the Baikonur Cosmodrome headed for the Soyuz Space Station. He would safely return eight days later.

As for music, movies, and books, Tim McGraw climbed the country charts while Nelly dominated the Pop genre. Even Michael Jackson made a return. The Silver Screen introduced the world to “Shrek and Donkey,” and Harry Potter and the Sorcerer’s Stone became the blockbuster of the year. HBO released the miniseries Band Of Brothers while Survivor:  The Australian Outback and Friends took the honor of being the two biggest shows on network television. Charlaine Harris released the True Blood novels, Yann Maertel published Life of Pi, and Who Moved My Cheese became a best seller. Finally, Apple introduced its first iPod and Microsoft unveiled the Xbox.

As for the Air Force, the Honorable James Roche had taken the lead of the air-minded service in January 2001, becoming its 20th Secretary, while Gen. Michael E. Ryan continued to serve as the Air Force Chief of Staff. Gen. John P. Jumper, who stood at the helm of Air Combat Command, would replace Ryan and become the Air Force’s 17th Chief of Staff on September 6, 2001.

In the early part of the year, Roche and Ryan focused their efforts on readiness, the average age and capability of the air fleet, and the possibility of a “Space Pearl Harbor” and the need for an independent military department and service dedicated to the national security of space. In the background of this, the Air Force continued its wartime mission. Many forget, but the Air Force had been continually at war since 1991 when Operation Desert Storm began. Since that time, Airmen had regularly deployed to unacknowledged air bases throughout Southwest Asia and Turkey to support Operations Southern and Northern Watch. Airmen operated from Saudi Arabia, Kuwait, and Turkey, and the concept of a Combined Air Operations Center (CAOC) was an idea being developed by Airmen at Hanscom Air Force Base in Massachusetts. Of note, at the time, the Joint Task Force-Southwest Asia COAC consisted of three or four GP-medium tents stitched together in the courtyard of the villas at Eskan Village, and robust command-and-control was in its infancy, as was time-sensitive targeting.

During routine deployments, aircrews flew into Iraq to enforce a variety of United Nations sanctions. To build stability into the lives of crews flying the high-demand, low-density assets, like the U-2 and AWACs, the Air Force introduced the Air Expedition Forces (AEF) deployment concept. By the summer of 2001, the Air Force had tested that concept twice. The AEF had an added benefit as it covered the absence of Navy air sorties during the regularly scheduled rotation of the Navy carriers in and out of the Gulf.

Coming home from these deployments, a military member met their loved ones at the terminal gate of the local airport, and when they drove to the base, a gate guard determined their rank by quickly looking at the red, yellow, blue, or green base decal on car’s windshield. This resulted in a quick salute or a wave allowing the person to proceed onto the base. Depending on the location, Airmen either lived in Cold War-era Capehart or Wherry units, or possibly new housing built under a privatization program that began in 1996. Once the military member arrived home, they more than likely called their parents from a land line, as only 45% of the nation owned cell phones.

By the summer, the continuous deployments came into question as did the Air Force’s ability to train for a near peer adversary. Thus, Rumsfeld’s New Order took hold as he stated, “If I know anything, I know that history shows that weakness is provocative.” Specific to readiness, he asked,

It’s one thing to say, ‘Here are our readiness categories, and here are the levels of readiness that we need to meet.’ That’s well and good, but first thing to do is to say, ‘Ready for What?’  And we need to make sure that … they aren’t simply categories that existed and fit the prior period but are not well-adapted to the future.1

As to China, he had been clear.

It is true, as the President-elect said, that we are competitors. … We see their defense budget increasing by double digits every year, and we see an awful lot of their military doctrine talking about leapfrogging generations of capabilities and moving towards asymmetrical threats to the United States-cyber-warfare and these types of things. … They are not strategic partners, in my view.2

As a result, modernization became the priority, thus changing the Air Force’s and the Air Force Materiel Command’s focus.

From this, terms like the “Global Strike Task Force” and “Vision Force” emerged as popular tag lines to describe F-22s and B-2s “kicking down the enemy’s door” for other land, sea, and air forces. As the summer evolved, talk shifted to including stealthy, unmanned combat air vehicles coming out of storage, being assembled, and sent into action, along with, the game-changing potential of hypervelocity missiles, launched from standoff aircraft, flying at six times the speed of sound to attack targets more than 500 miles away.  As planned, the focus on stealth platforms would render the Russian-built, double digit surface-to-air missiles useless. While the Vision Force represented what leaders believed the Air Force should look like in the year 2020, in the summer of 2001, Air Force leaders also acknowledged the distraction of aging infrastructure, fighter sustainment, and personnel recruitment and retention challenges.  They, along with many of those working in Congress, debated the priorities.

In the middle of all the vigorous discussion and the hope for finally modernizing the Cold War Air Force, Vice Chief of Staff, Gen. John W. Handy, made it clear that when talking about modernization, leaders needed to remember there were the two types of age.

There are two things to consider with the age of something. There is a technological age, and that is how you modify and modernize the system so it has got better radar, better internal capabilities. … The other one would be the structural age or the chronological age. All of us age chronologically. You can improve yourself technically with glasses and hearing aids and knee replacements; weapon systems are not unlike that. … B-52s [that stood] on alert in the days of the Cold War weren’t flying an awful lot. So, [in] chronological age, which is the one we are both quoting, it is an old airplane. [In] flying hour age, there is a tremendous amount of flying hours left on the airplane. From an engineering perspective, not from the technological internal weapon systems, but from an engineering perspective, the airplane is not as old as the years would imply.3

Ironically, his thoughts foreshadowed the fate of the Air Force. In the summer of 2001, there was expectation for a different future, one that included ultramodern platforms that would replace the aging aircraft; however, the events of 9/11 changed that.  Investments that would have been made to field the stealthy platforms described in the Vision Force took a backseat to materiel designed, built, and fielded for an unconventional war.

In the ensuing 20 years the Department of the Air Force would revisit and refine those transformational modernization plans in the face of a new era of strategic competition. However the summer of 2021 looks eerily like the summer of 2001 and the question remains, “will we write a different history or repeat the decisions of the past?”