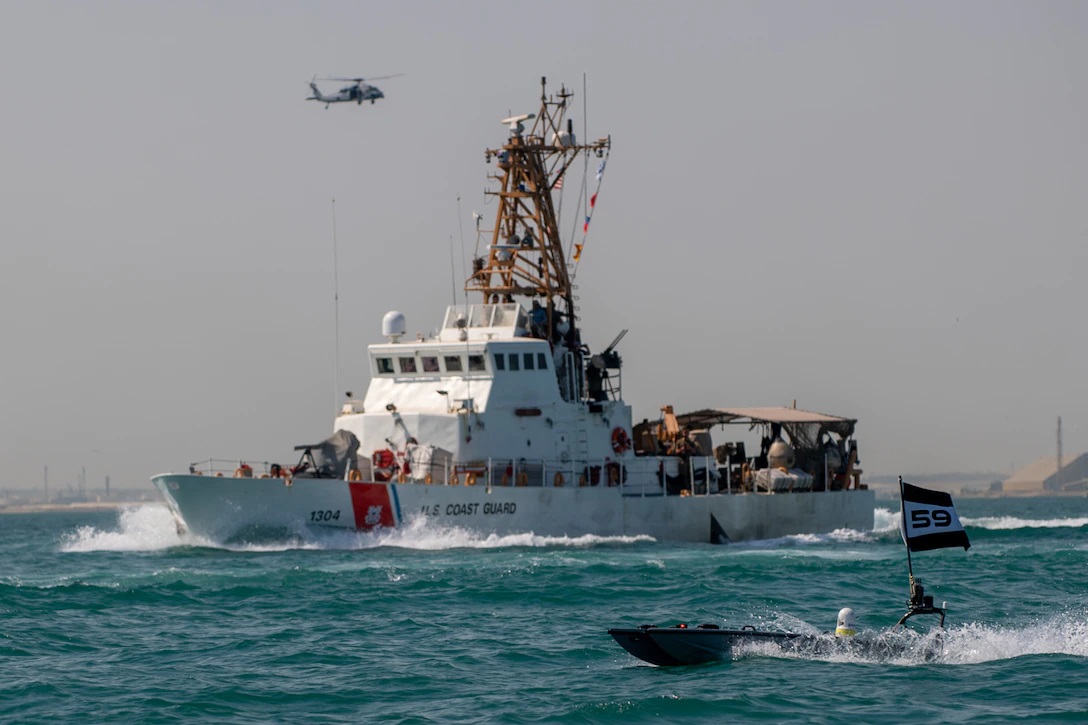 Both U.S. and Bahraini forces practiced operating the vessels in formation to strengthen mutual understanding and interoperability.

“This is a significant milestone for our new task force as we accelerate the integration of unmanned systems and artificial intelligence into complex, cross-domain operations at sea,” said Capt. Michael Brasseur, commander of Task Force 59. “Real-world evaluation is essential.”

The U.S. 5th Fleet area of operations encompasses about 2.5 million square miles of water area and includes the Arabian Gulf, Gulf of Oman, Red Sea and parts of the Indian Ocean. The expanse is comprised of 21 countries and includes three critical choke points at the Strait of Hormuz, the Suez Canal and the Strait of Bab al Mandeb at the southern tip of Yemen.

By SOT Team:  Your donations for yellow ribbon care package troop support boosts the morale of active duty deployed sailors and service members like these worldwide.