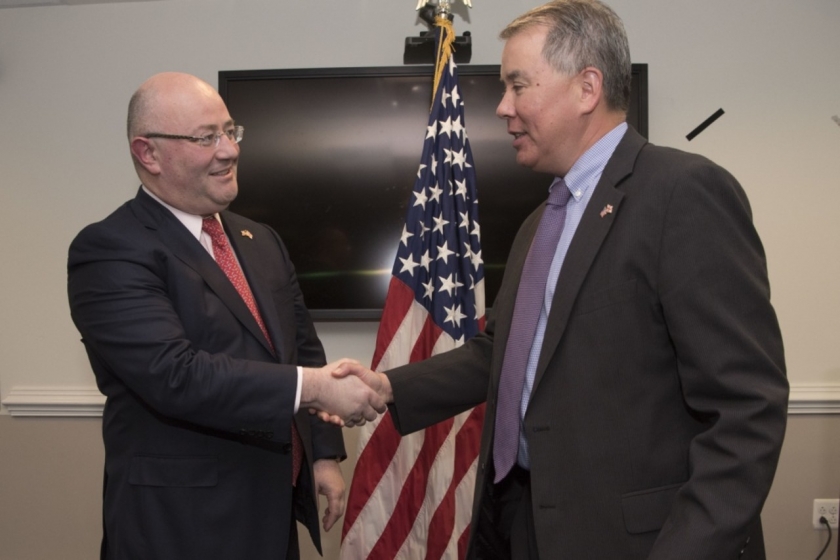 It is not an exaggeration to say China is the greatest long-term threat to the U.S. way of life, but China also poses the greatest challenge to the Defense Department, DOD's policy chief said.

John C. Rood, undersecretary of defense for policy, made the assertion during a panel discussion today at the Center for European Policy Analysis Forum in Washington.

"The National Defense Strategy very clearly lays out a blueprint for America's role in the world and how we see it," the undersecretary said. "It starts with recognition that in this highly complex, dynamic security environment, the great power competition has returned," he said.

The United States doesn't seek a confrontational approach, nor is it destined to be adversaries with China, Rood noted. 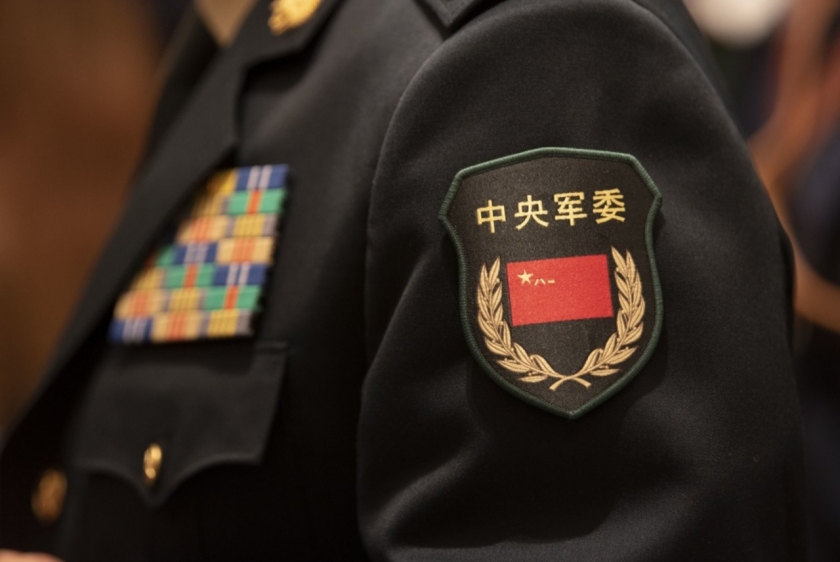 In the last 10 years, the United States has witnessed a 750% growth in China’s defense spending, Undersecretary of Defense for Policy John C. Rood said during a panel discussion at the Center for European Policy Analysis Forum in Washington, Sept. 23, 2019.

The undersecretary talked about China's ambitions to have a world-class military.

"[But] it's the way in which China is challenging this international rules-based order, challenging the individual freedoms that we support, challenging the free movement of ideas, and people, trade," Rood said. "And promoting an authoritarian model, one that doesn't respect the sovereignty of others, [is] what challenges our way of life."

Two men shake hands in an office with a U.S. flag behind them.
If it were simply an economic competition, Rood said, America rather likes competition. "And so I wouldn't fear that at all," he added.

The U.S. innovation model would beat China's innovation model 10 times out of 10 times, Rood told the panel. "I really have tremendous confidence in it, he said, "and the best proof I can give you that China's leaders recognize that is that they are determined to steal from it."

Chinese destroyer moves through the water
The Chinese know they can't win a head-to-head competition, the undersecretary said; they know they can’t compete with that kind of entrepreneurship and innovation, so the state has to exercise that level of control.

"You're starting to see China develop overseas military bases, overseas intelligence collection locations, and this is one of the areas in which to challenge sovereignty," Rood said. In the last 10 years, the United States has witnessed a 750% growth in China's defense spending, he noted.

"We have to be serious about protecting this international rules-based order, protecting free trade, protecting the free movement of ideas and the role of individual society," Rood said.