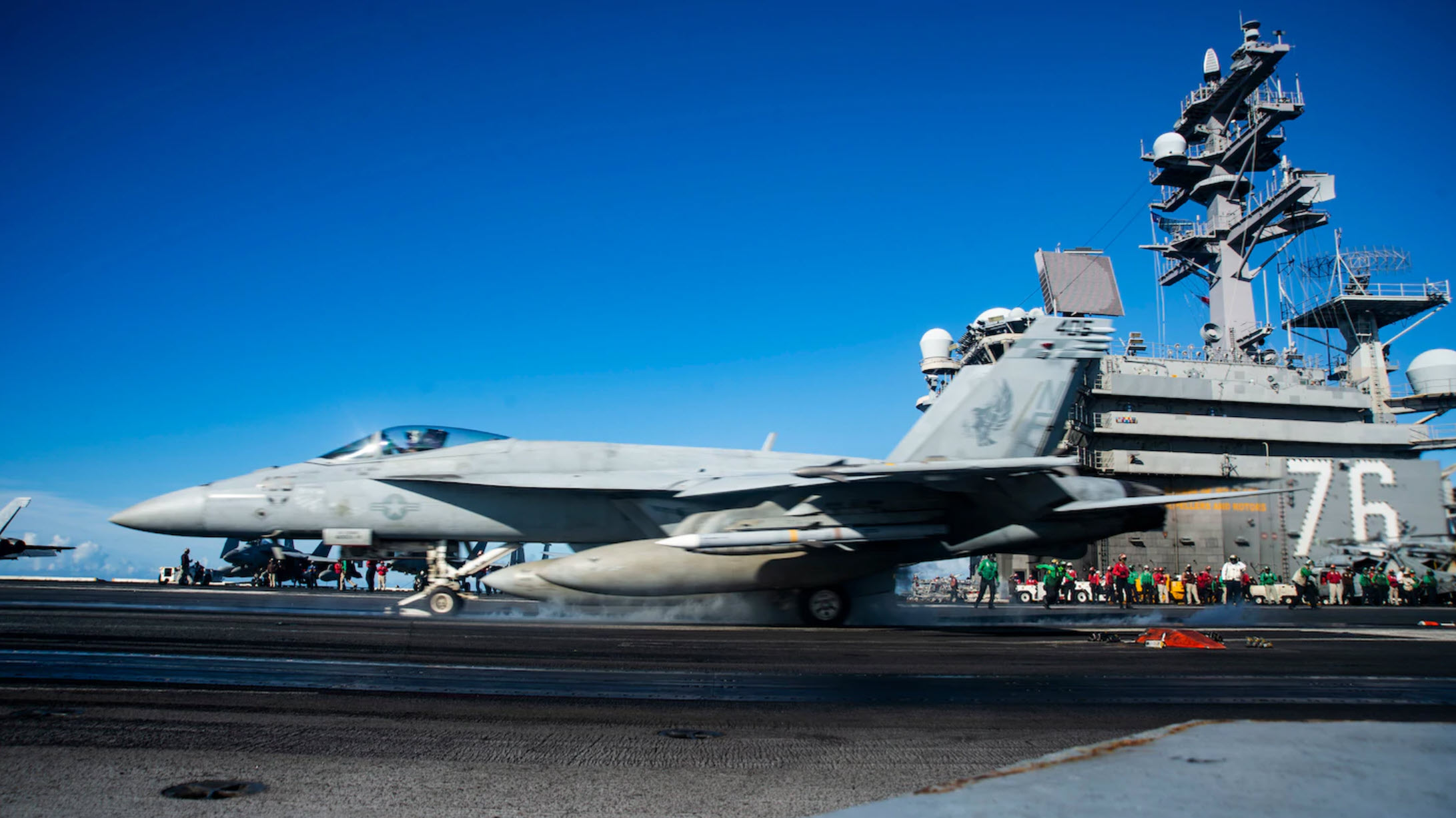 "Integration with our joint partners is essential to ensuring joint force responsiveness and lethality, and maintaining a free and open Indo-Pacific," said U.S. Navy CDR Joshua Fagan, Task Force 70 Air Operations Officer aboard the USS Ronald Reagan. "The recent integrated training between our Carrier Strike Group and Air Force B-1s is the latest example of how we are continually working to stay synched with all of our joint partners and ready to respond to any contingencies throughout the region."

The U.S. Navy regularly conducts operations and exercises with other U.S. military branches in the Indo-Pacific to build and maintain warfighting readiness that is responsive, flexible, and honors enduring commitments to mutual defense agreements with regional allies and partners.

Operations in the South China Sea continue to demonstrate enduring U.S. commitment to allies and partners and a cooperative approach to regional stability and freedom of the seas.

The Ronald Reagan Carrier Strike Group is forward-deployed to the U.S. 7th Fleet area of operations in support of a free and open Indo-Pacific.