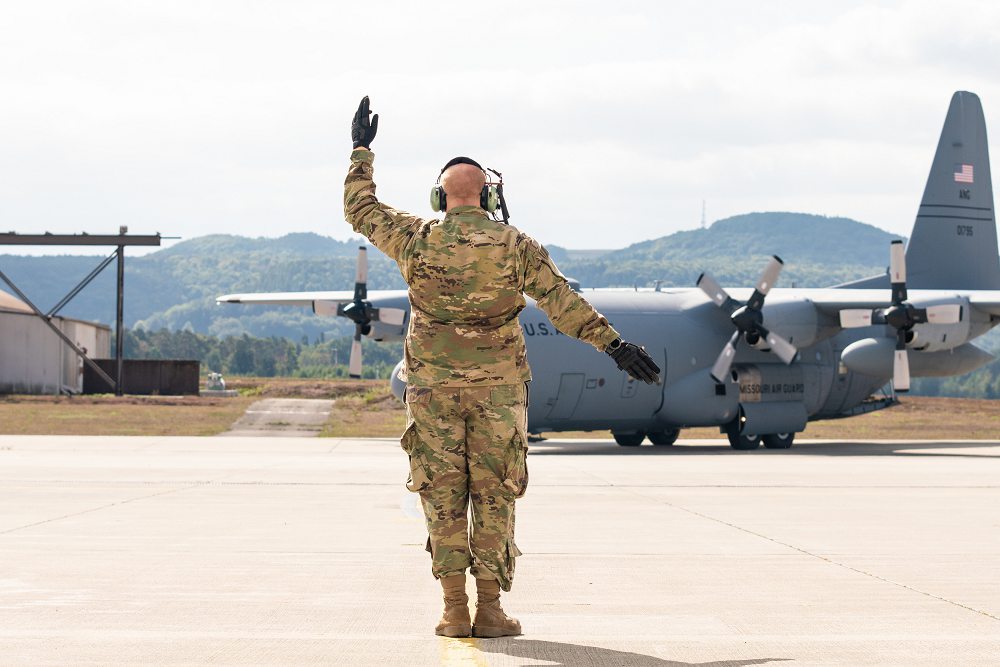 For the second consecutive year, the 180th Airlift Squadron, assigned to the 139 AW, was the lead unit for the airlift portion of the large-scale exercise.

"It is an absolute testimony to the professionalism and work tenacity that the 139th Airlift Wing possesses," said Golden. "I am so proud of the 139th and their ability to endure incredible challenges and still adapt with mission success. That is why we keep getting invited back."

Together they have conducted personnel airdrops with more than 500 soldiers in the Hohenfeld drop zone, along with low-cost, low altitude, container delivery system and heavy equipment airdrops for a combined total of 617,000 pounds dropped in the Hohenburg drop zone.

"I am proud to see our Air National Guard and Air Force Reserve brothers and sisters integrate with such amazing interoperability," said Golden.

U.S. military forces stationed in Europe routinely conduct these types of exercises with allied and partner nations to enhance interoperability and readiness.