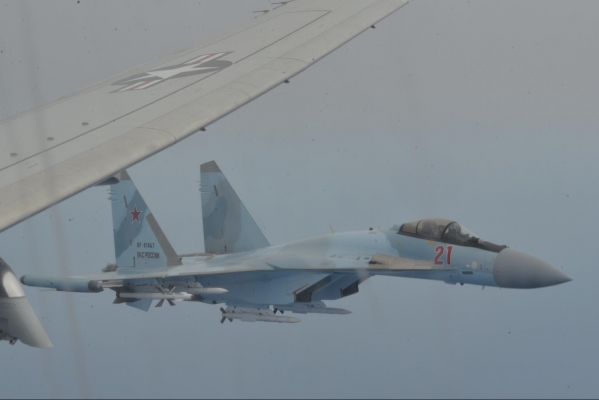 A Russian Su-35 aircraft unsafely intercepts a P-8A Poseidon patrol aircraft assigned to U.S. 6th Fleet over the Mediterranean Sea, May 26, 2020. Officials protested the unsafe and unprofessional behavior of the Russian pilots.

Colin Kahl, the undersecretary of defense for policy, explained how his office will flesh out Secretary of Defense Lloyd J. Austin III's wish that "resources must be matched to strategy, strategy matched to policy and policy matched to the will of the American people." 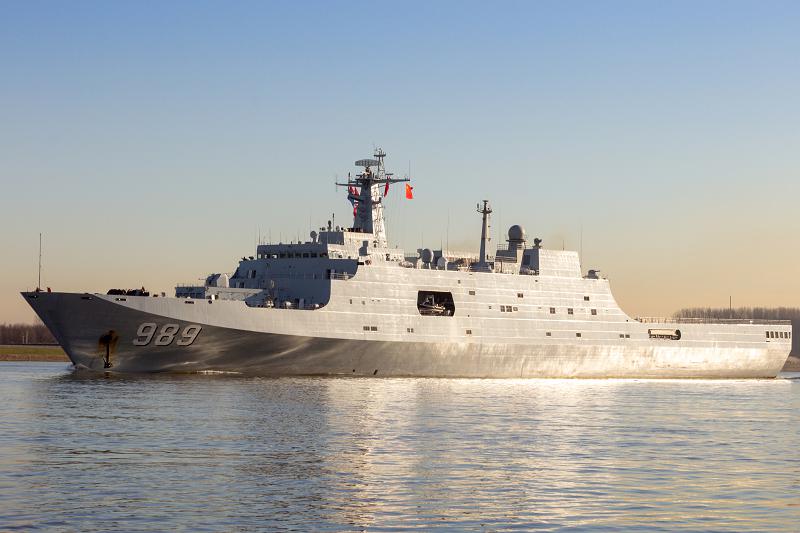 DoD’s 2000 report assessed that the PLA was slowly and unevenly adapting to the trends in modern warfare. The PLA’s force structure and capabilities focused largely on waging large-scale land warfare along China’s borders. The PLA’s ground, air, and naval forces were sizable but mostly obsolete. Its conventional missiles were generally of short range and modest accuracy. The PLA’s emergent cyber capabilities were rudimentary; its use of information technology was well behind the curve; and its nominal space capabilities were based on outdated technologies for the day. Further, China’s defense industry struggled to produce high-quality systems. Even if the PRC could produce or acquire modern weapons, the PLA lacked the joint organizations and training needed to field them effectively. The report assessed that the PLA’s organizational obstacles were severe enough that if left unaddressed they would “inhibit the PLA’s maturation into a world-class military force.”

Two decades later, the PLA’s objective is to become a “world-class” military by the end of 2049—a goal first announced by General Secretary Xi Jinping in 2017. Although the CCP has not defined what a “world-class” military means, within the context of the PRC’s national strategy it is likely that Beijing will seek to develop a military by mid- century that is equal to—or in some cases superior to—the U.S. military, or that of any other great power that the PRC views as a threat. As this year’s report details, the PRC has marshalled the resources, technology, and political will over the past two decades to strengthen and modernize the PLA in nearly every respect. Indeed, as this report shows, China is already ahead of the United States in certain areas such as:

Source: Office of The Secretary Of Defense Annual Report to Congress: Military and