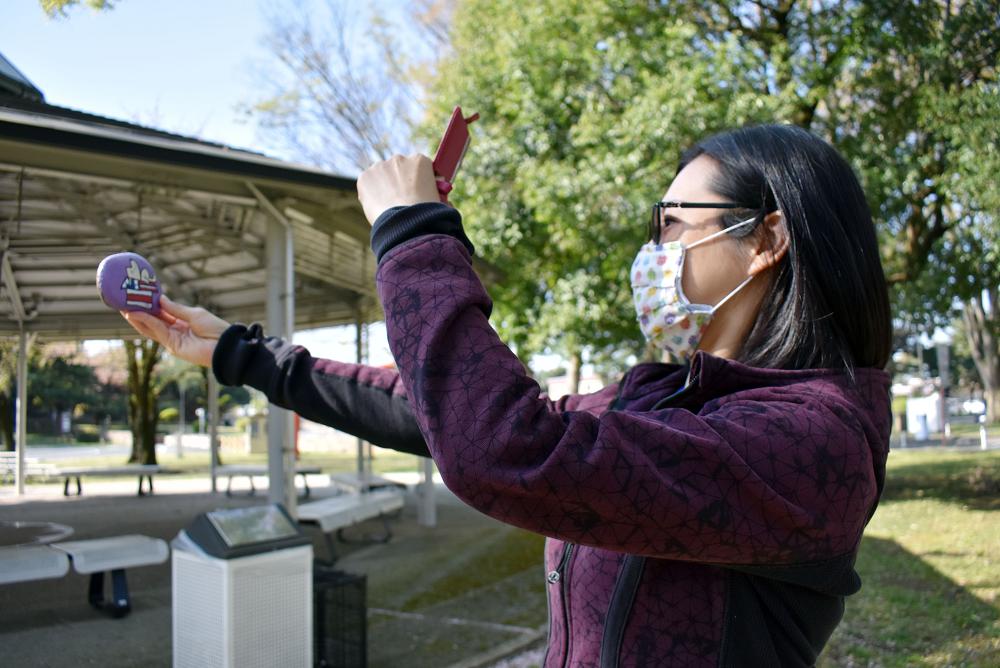 Sabrina Tsai, manager of the Camp Zama Arts and Crafts Center, takes a photo of a painted rock before hiding it for the center’s Easter Rock Hunt at Camp Zama, Japan, April 9. (Photo by Winifred Brown, U.S. Army Garrison Japan)

CAMP ZAMA, Japan (April 9, 2020) – Ever since Danielle Borja mentioned to her 4-year-old son Ta’si that there is a daily hunt for painted Easter rocks near their home, he wants to go every day.

“[He asks], ‘Mom, can we go for a walk? Can we go look for the rock eggs? Can we go?’” Borja said. “So he’s pretty excited, and it’s [his older siblings’] way of getting exercise since this whole pandemic situation is going on.”

Sabrina Tsai, manager of the Camp Zama Arts and Crafts Center, said the center’s Easter Rock Hunts began April 6 and will continue through April 12 in an effort to provide children and their parents an enjoyable, outside activity during the COVID-19 pandemic.

Each morning, Tsai hides about five rocks each on Camp Zama and Sagamihara Family Housing Area and posts photos and clues to the Camp Zama Family and Morale, Welfare and Recreation Facebook page by 10 a.m. When people find the rocks, they post photos in the comments section so others know to discontinue searching.

The Easter Rock Hunt is a great substitute for the annual Easter egg hunt, which officials had to cancel this year due to COVID-19, parents said.

Borja said she is happy to take Ta’si, and his siblings, Harmony, 9, and Pikolo, 8, on the hunts every day.

“Personally, I like it,” Borja said. “They can’t do a traditional egg hunt, and this is the next best thing. It’s pretty cool that volunteers painted the eggs and they have people going and hiding them and getting the kids excited about Easter.”

Borja and her children watched her phone eagerly April 7 so they could begin their hunt immediately when Tsai posted her clues, Borja said. Ta’si was ecstatic when he found a rock across from the fire station on SFHA after about 10 minutes of searching.

Danielle Carmona, who participated with her children Camden, 6, and Kaia, 4, said her children have always enjoyed Easter egg hunts, and because they cannot participate in one this year, the rock hunt is a fun alternative.

The rock hunts have helped lift the spirits of the community, Carmona said.

“I think it’s bringing everyone together during this kind of sad time, especially around Easter, so I was really excited that they did that for the kids,” Carmona said.

For example, by the second day, those who had already found a rock helped others find a rock instead of taking a second one, Carmona said, “while keeping our distance, of course.”

Camden was all smiles after he found a rock hidden in a tree not far from his home on SFHA April 7 and said he had a lot of fun finding it.

Tsai could definitely use their help: The response to the hunt was so great after the first three days that Tsai said she planned to increase the number of hidden rocks to 10 on each installation.

Tsai said she came up with the idea for the rock hunt because hunting for painted rocks is a popular activity throughout the world and she thought it would be a good activity for the current situation because people don’t have to do it in groups.

“I think it’s good to bring the people out and have fun,” Tsai said. 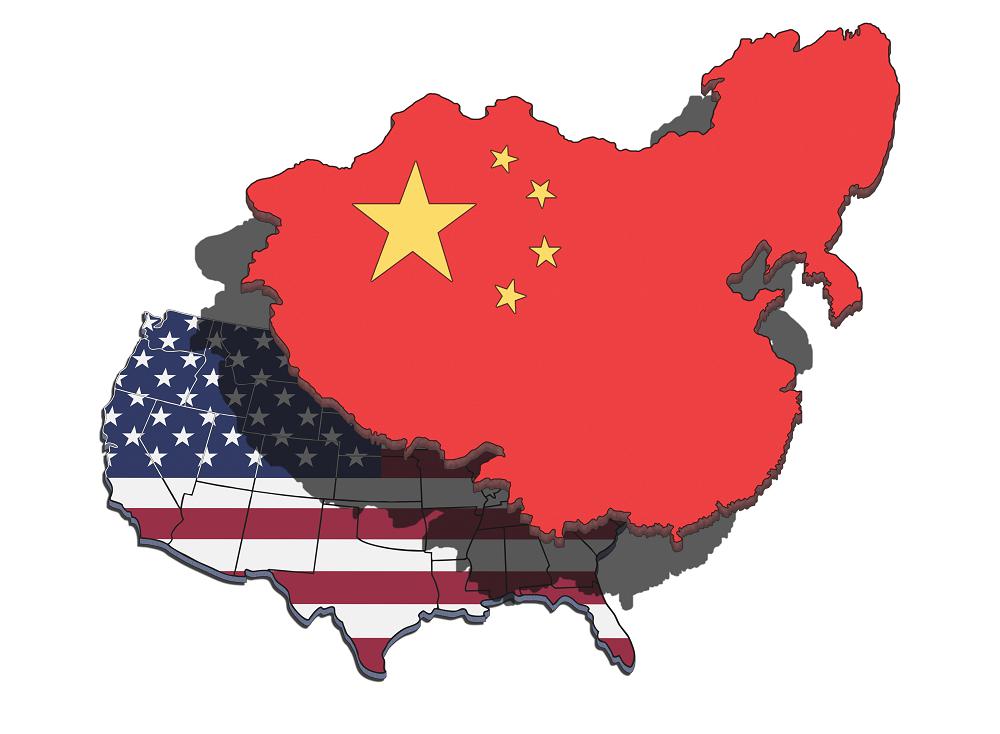