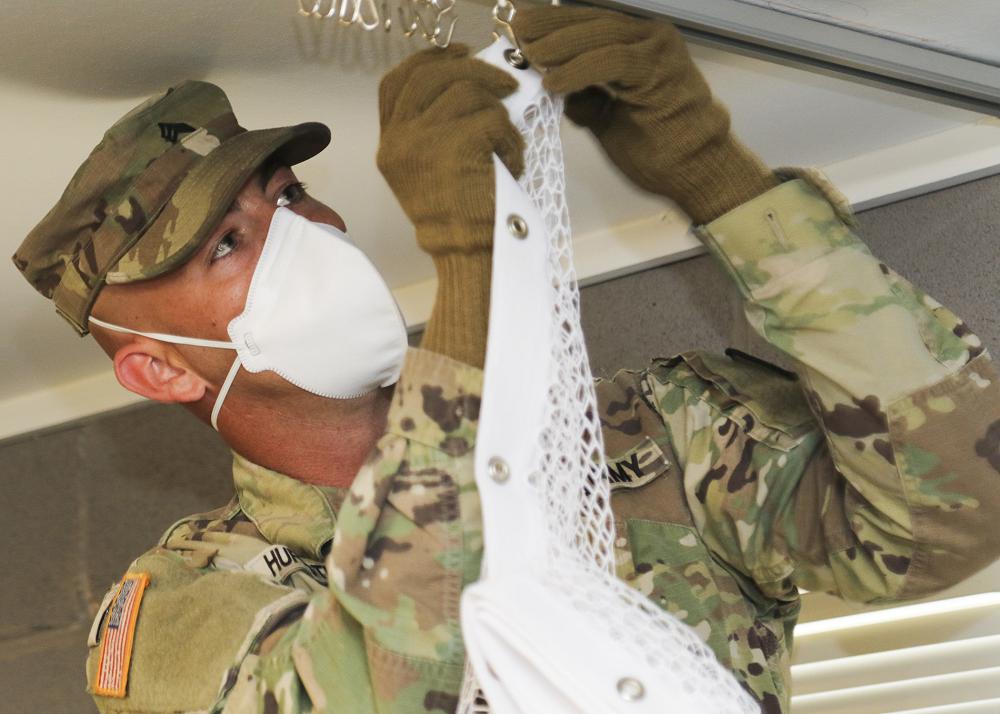 The 840th Engineer Mobility Augmentation Company, which operates within the Texas Military Department’s Task Force 176, mobilized in response to the COVID-19 pandemic to enhance medical infrastructure in Texas.

The Soldiers worked with other engineering units to adapt existing barracks into treatment facilities for any Guard member who becomes infected while serving during the COVID-19 response.

“If everybody does their part, it’ll stop the spread and everything will go back to normal,” said Spc. Javier Vega, an engineer with the 840th Engineer Mobility Augmentation Company.

Members of the 840th were silent when asked who is concerned about contracting the coronavirus while on duty, implying a collective confidence they will remain safe from the contagion.

Sgt. Keith Huffstuttler, a team leader with the 840th, attributed their confidence to the discipline with which they are following infection control protocols.

“We’ve been following good safety precautions and practicing social distancing, not even intermingling with other squads in the same platoon,” Huffstuttler said.

Keeping squads separate from each other prevents an infection from spreading from a smaller team to members of the larger unit, said Staff Sgt. Thomas McCraven, a squad leader with the 840th.

Capt. Dillon Horn, commander of the 840th, commended his Soldiers’ discipline and cohesion.

“This group of Soldiers really just want to help their fellow Texans in this difficult time,” Horn said. “They will do whatever it takes to get the job done, and they’ll get it done quickly and with expertise.”

“Together, the 840th Engineer MAC Soldiers are a well-oiled machine,” Horn said.