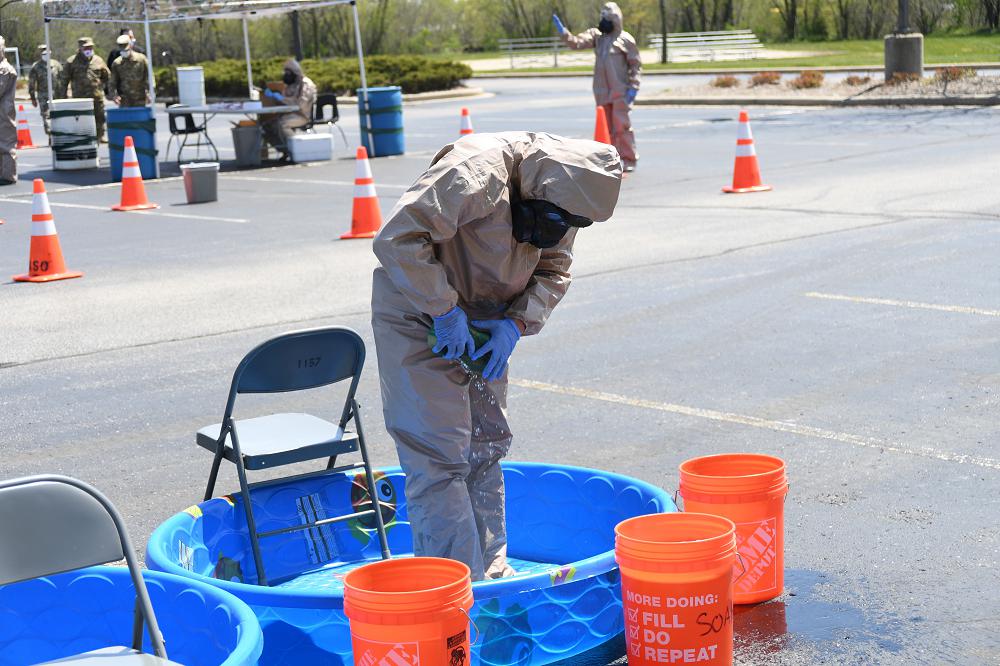 The 600 Citizen-Soldiers and -Airmen on the teams established mobile testing sites at correctional facilities and health clinics, private businesses, and drive-thru locations. After collecting the specimens at each site, Wisconsin National Guard troops send the test kits to a state lab for analysis. Results are shared with people via a phone call from their local health department or a state call center in three to five days.

As of May 18, Wisconsin National Guard teams had collected 42,138 specimens statewide.

In addition, 39 Guard troops are working at a call center that informs people of their COVID-19 test results.

The Wisconsin National Guard has fulfilled a variety of roles across the state since Gov. Tony Evers declared a public health emergency March 12.

Thirteen Citizen-Soldiers are assisting the Wisconsin Department of Health Services at a state warehouse, receiving personal protective equipment (PPE) shipments from around the state, repackaging them, and redistributing them to areas in need.

A team of six Guard medics helped out at a senior living facility in Grafton for three days after a COVID-19 outbreak resulted in a temporary staff shortage.

More than 2,400 Guard members served as poll workers in 71 of Wisconsin's 72 counties during the April 7 election. Another 160 Guard members helped out at polling places for the May 12 special election in Wisconsin’s 7th Congressional District.

Almost 1,400 Citizen-Soldiers and -Airmen from the Wisconsin National Guard are now serving in direct support of the state’s response to COVID-19 – part of a nationwide force of almost 46,000 National Guard members helping to battle the spread of the coronavirus nationwide.