Cannon AFB Provides Food on the Front Lines of COVID-19 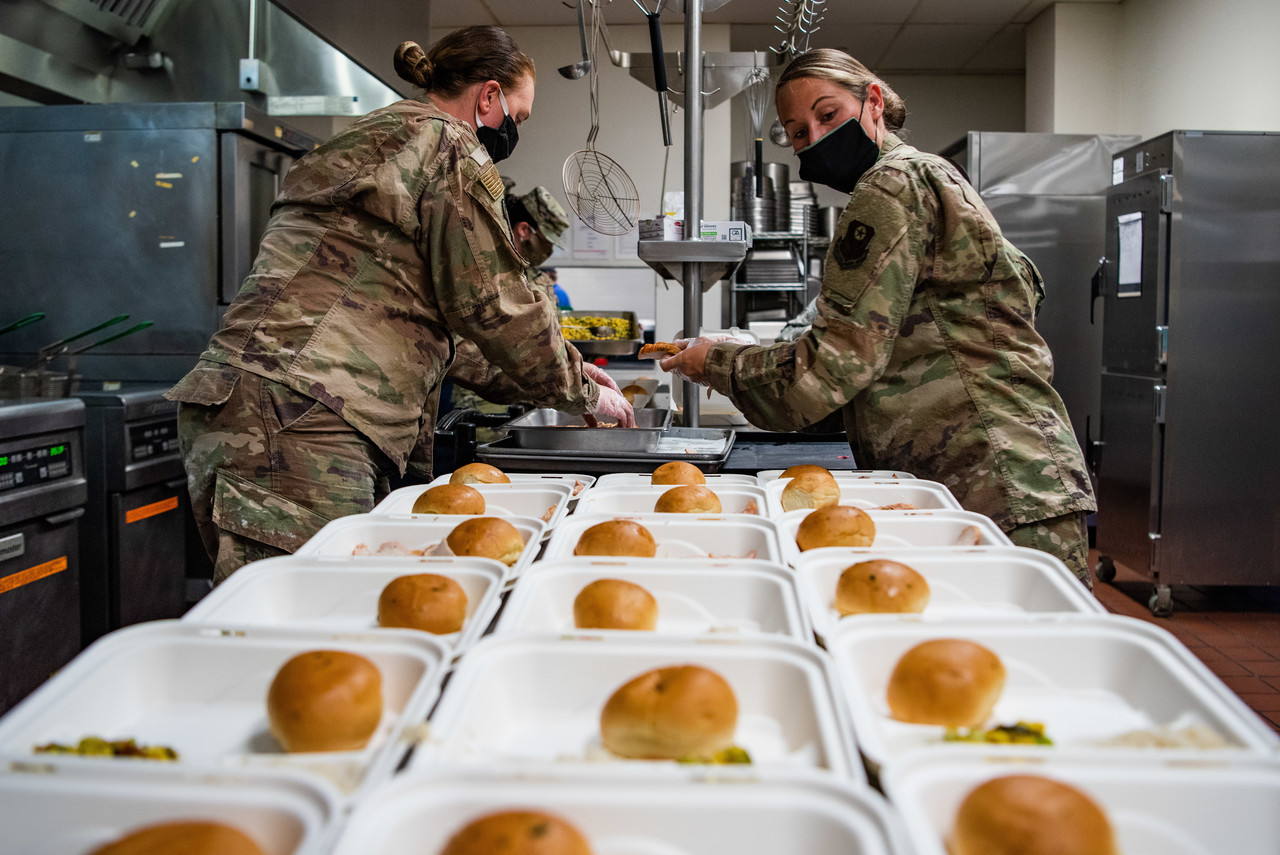 Inside the kitchen of the Pecos Trail dining facility on Cannon Air Force Base, New Mexico, long rows of white styrofoam food containers are surrounded by a swarm of airmen. They quickly move around the crowded, narrow space, emptying large bowls and trays of hot food into the containers. The meals are then shuffled into insulated boxes, counted and then pushed to the loading dock for delivery.

The fast-moving process is repeated several times until more than 140 meals, along with snacks and drinks, are ready to be picked up and delivered to various locations around Cannon. These meals however, are not available for order on any delivery apps.

In addition to continuing normal operations at the dining facility, the 27th Special Operations Force Support Squadron's services flight has provided more than 2,500 meals since May 7 for delivery to Cannon airmen who are in quarantine due to the COVID-19 pandemic.

It's certainly no small feat, especially given the amount of time the flight was given to prepare once they received the assignment.

"We were pretty much just given two days' notice before we had to start preparing meals for the quarantined individuals," said Reniesha Mondine, Sodexo's general manager for the dining facility.

With only 48 hours until the first meals were to ship out of the facility, the dining facility’s leadership knew they had to find quick solutions to several challenges the task presented.

"There have been a lot of shipments we ordered that our contractors have not been able to get to us," said Air Force Tech. Sgt. Daysha Norwood, the 27 SOFSS general manager for the dining facility. "Another issue has been the lack of space we have to work with, as well as keeping our main serving line taken care of while simultaneously trying to prepare the other meals and get them delivered on time."

"We have had to cook at least double, if not triple or quadruple, the amount of food we normally have to in order to pull that off," said Air Force Airman 1st Class Van Anh Vo, a food service specialist at the dining facility. 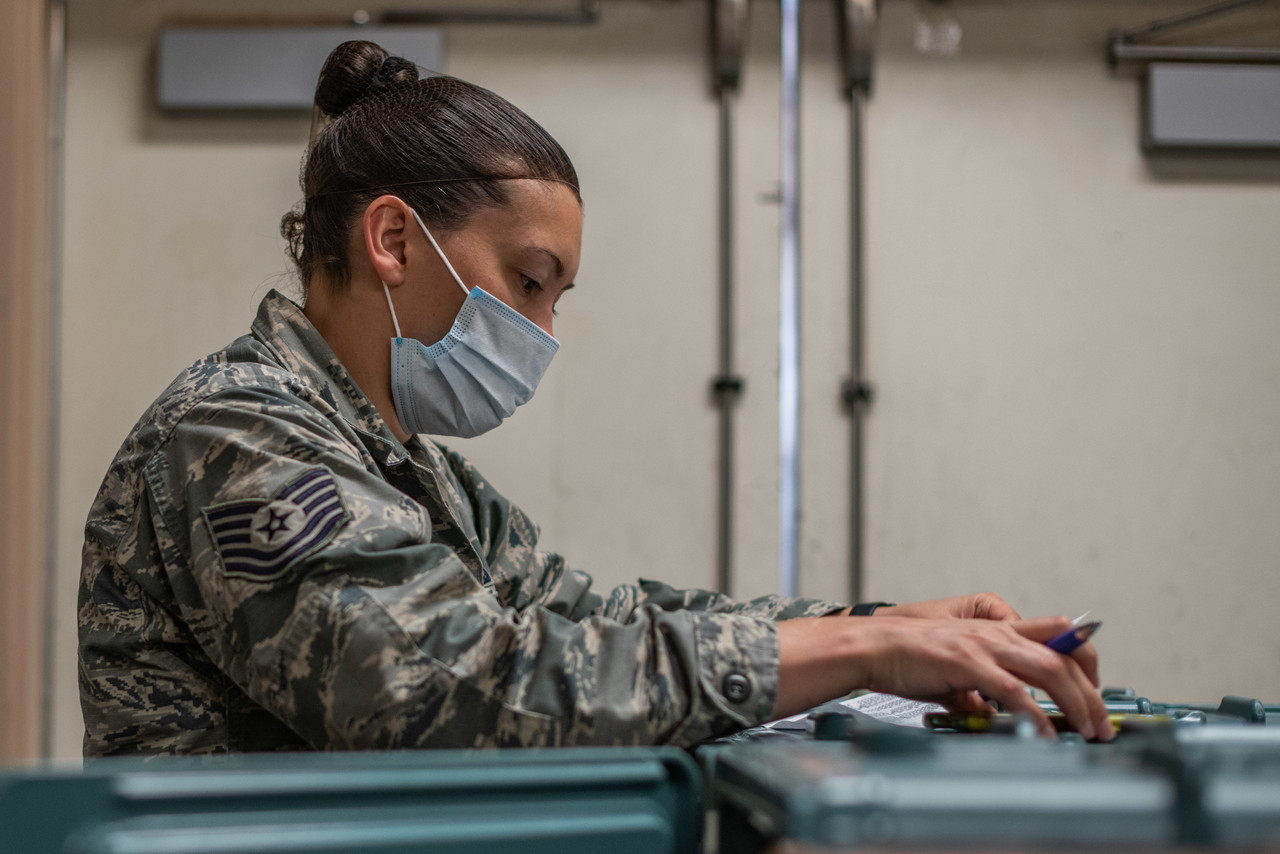 Tech. Sgt. Daysha Norwood, a general manager of the Pecos Trail Dining Facility assigned to the 27th Special Operations Force Support Squadron, goes over checklists to ensure the correct amount of meals were prepared for delivery to quarantined Airmen at the Pecos Trail DFAC on Cannon Air Force Base, N.M., May 15, 2020. The 27 SOFSS has prepared over 2,500 meals for Airmen quarantined to the base since the beginning of May. (U.S. Air Force photo by Senior Airman Maxwell Daigle)

Despite these challenges, the staff at Pecos has risen to the occasion, even as the number of quarantined individuals rose.

"We have made do with what we have to make sure everyone in quarantine gets a starch, a vegetable, a protein and a piece of bread as part of a hot meal," said Air Force Senior Airman Margaret Dziamba, a fitness specialist with the 27 SOFSS.

"A big factor for us has been to play people by their strengths," Vo said. "Once we figured out what everyone was good at, we got the system set to where that is what we have narrowed their focus down too, and it has made the whole process smoother."

At the end of the day, the services flight members say their own understanding of their important responsibility and willingness to come together as a team has been the most important factor of their success so far, and it will remain so for as long as the situation continues.

"Our main priority is to get everyone food," Dziamba said. "Whatever we have to do to get the job done, we will do."