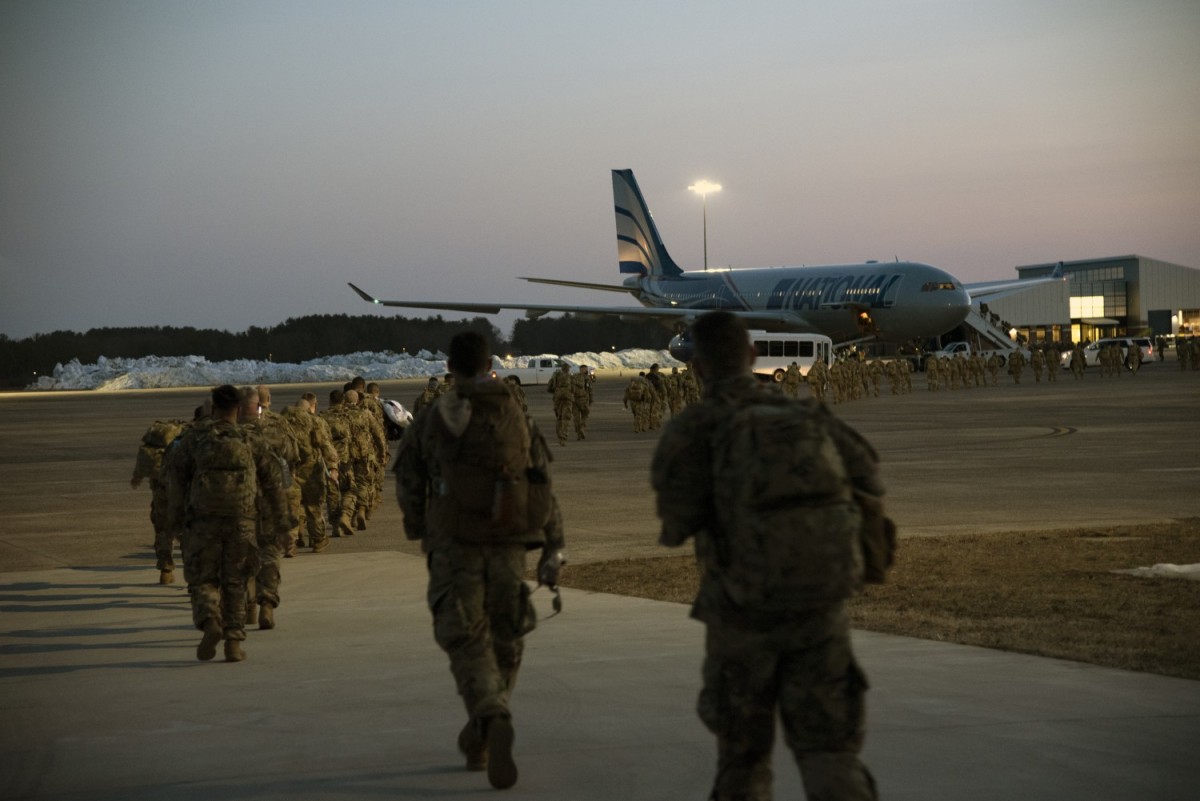 The regiment is deploying in conjunction with other units under the 86th Infantry Brigade Combat Team umbrella in support of Combined Joint Task Force – Horn of Africa.

The 102nd will be trained and equipped to accomplish a wide-range of missions throughout the U.S. Africa Command area of responsibility, but its primary objective is to provide security for the various forward operating bases that the Department of Defense maintains to build partnerships with host nations and improve safety and stability in the region.

“The most important mission in any military operation is security and that’s what we’re doing,” said Lt. Col. Frank Tantillo, commander of the 102nd. “We’re going to secure key pieces of terrain in multiple countries on the continent of Africa. With that, we’ll be working with our partner nations, in those countries, to build capacity and relationships.”

This deployment is part of a routine, rotational mission that the 102nd has been preparing for over the past few years. What hasn’t been routine was the onset of the COVID-19 pandemic, which forced the regiment to evaluate its training methods to incorporate necessary safety measures.

“In the COVID era, we’ve had a challenge to maintain the safety of the fighting force,” said Command Sgt. Maj. Daniel Morgan, senior enlisted advisor for the 102nd. “We’ve [overcome] that by addressing some of the norms that we’ve done in the past … and just addressed everything we do to fit the mitigation factors of the CDC and Military Department.”

In addition to forcing the unit to adjust the way it trains, the pandemic also had another unforeseen hurdle leadership needed to jump: as the state’s largest military unit, many of these Soldiers were activated to assist with the COVID-19 response mission. From the beginning, these men and women have been on the front line, assisting state partners with the distribution of personal protective equipment, food and water, and testing kits.

Although this mission was a far cry from what they’ll be performing overseas, the unit’s activation gave leadership a head start on building positive working relationships between the Soldiers who typically only see each other one weekend a month.

“Once [portions of] the unit was put on COVID orders, we were able to take advantage of that opportunity to build some more cohesion and some training during that downtime to prepare us further for the mission,” said Tantillo. “While we were supporting the state mission, we were able to knock out a lot of those administrative tasks that could have held us back from execution of our current mobilization.”

With their departure from Connecticut, the 102nd leaves the state’s pandemic response mission in the hands of other Connecticut National Guard units and can put its entire focus on getting its Soldiers ready to achieve success on their overseas mission.

If the positive impact the 102nd has made over the past year helping combat the COVID-19 virus is any indication of what kind of impact it will leave on the partner nations, this measure of success should not be difficult to achieve.

To stay up-to-date on what the 102nd infantry is doing, follow the Combined Joint Task Force – Horn of Africa Facebook page.