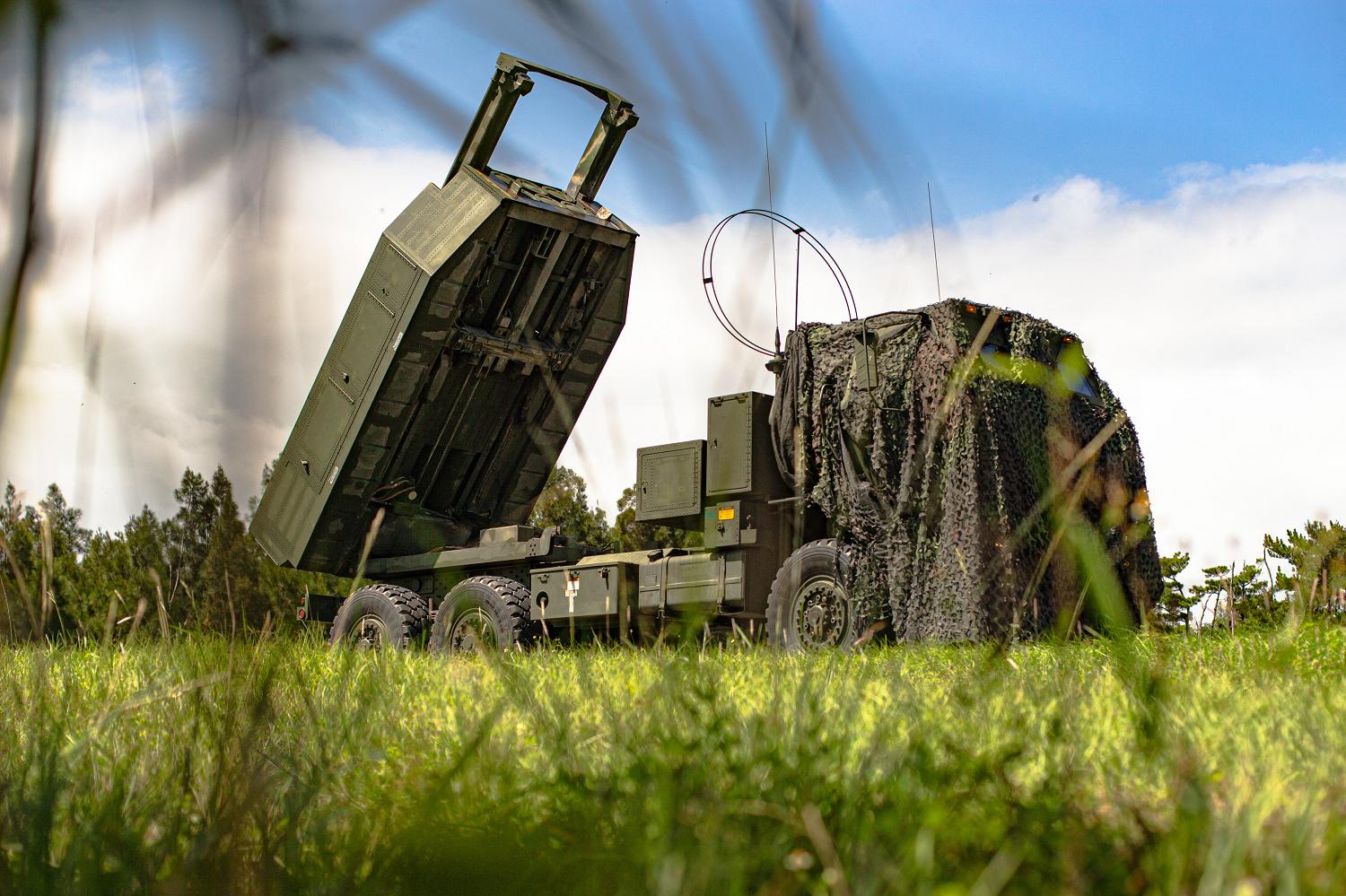 While closely monitoring simulated adversary activities, these forces received the order to rapidly mobilize and immediately began to move.

Concealed through the cover of darkness and a small footprint on the electromagnetic spectrum, Marines with 3rd Battalion, 12th Marines quickly reached a nearby port where they loaded multiple High Mobility Artillery Rocket System launchers and readied for embarkation on the USNS Brunswick (T-EPF 6), an expeditionary fast transport ship.

“The first half of the exercise was focused on mobility … working with the Navy to ensure that we can effectively embark and disembark,” said Capt. Nathaniel Wasik, a HIMARS platoon commander with 3/12.

“We are combining those strikes together – from air, land, and sea” said Lt. Col. Joshua Montero, 12th Marines operations officer.

While putting HIMARS aboard Navy vessels is not a new concept, expeditionary fast transports provide a unique platform that can support a wide variety of military objectives.

“Missions such as Noble Jaguar are important because they provide an opportunity to experiment with different configurations and capabilities and allows both the embarked forces and the ship's crew to better realize the full mission potential,” said Andy Peretti, Captain of the USNS Brunswick. “The more frequently we practice embarkation and utilization of the vessel, the more prepared we will be to effectively respond to any contingency.”

Upon arriving at their destination, the HIMARS moved into concealed positions ready to spring into firing points at an expeditionary advanced base on Okinawa.

Meanwhile, Marines leveraged sensing capabilities, such as the Ground/Air Task Oriented Radar, and connections with Link 16 to share targeting data with the USS Carl Vinson (CVN70) and USS Howard (DDG83), sailing in the Philippine Sea, and F/A-18s with Marine Aircraft Group 12 operating in the surrounding airspace. This information sharing and networked command and control enabled joint strikes against maritime and land-based targets.

“The power of joint targeting is when you can bring multiple assets to bear on a single point,” said Lt. Col. Joshua Montero, operations officer for 12th Marines. “We are combining those strikes together – from air, land, and sea.”

By employing expeditionary advanced based operations concurrently across multiple distributed locations, III MEF demonstrated how it can integrate with the Joint Force to conduct counter-landing operations and anti-surface warfare missions across multiple domains. III MEF and 7th Fleet executed these actions during Noble Jaguar to maintain readiness and display U.S. resolve to preserve regional security.

Published with permission of DOD.