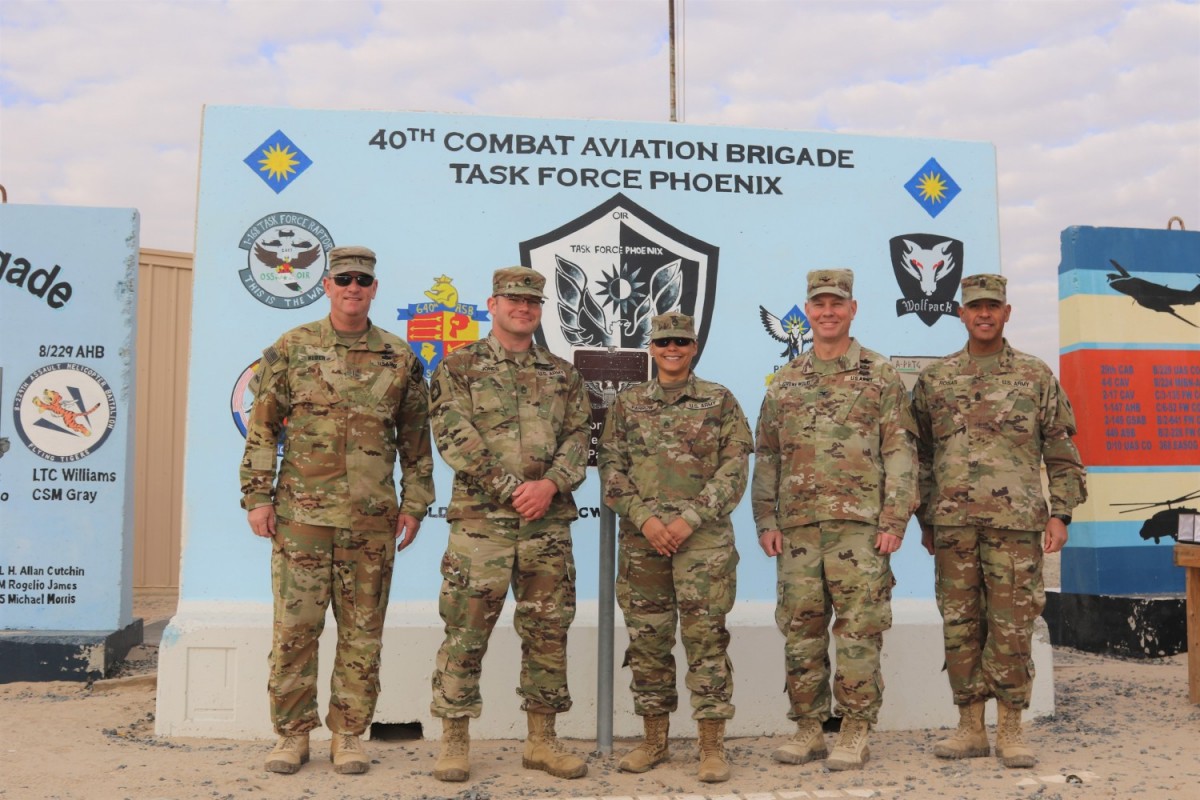 "All of you should be very proud," U.S. Air Force Brig. Gen. Brandon Parker, Chief of Staff, Combined Joint Task Force - Operation Inherent Resolve, told the Soldiers of Task Force Phoenix in a speech during the ceremony. "You have worked tirelessly under very challenging conditions to fulfill our mission. And let me just state, I believe our mission to be the most righteous one—to assist in ridding the world of most unconscionable evil, that is ISIS."

Parker said the 40th CAB played a critical role toward achieving a lasting defeat of Daesh and ISIS during a period when Operation Inherent Resolve transitioned from combat operations to an advise-and-assist role.

"Col. Gronewold, Task Force Phoenix, we owe you a debt of gratitude for which we can never repay," Parker said. "You have paved the way for steady progress toward a day when ISIS is a distant memory."

The task force's mission was to execute air-ground operations in Kuwait, Iraq, the Eastern Syria Security Area, Jordan and Saudi Arabia in support of Operation Inherent Resolve and Operation Spartan Shield to sustain the military defeat of Daesh, enable growth and capability of partnered forces and deter hostile actors in the region.

"It has been the greatest honor of my military career to have served here with you on this great team of teams," Gronewold said in a speech during the ceremony.

His Soldiers faced numerous challenges over the course of the deployment, including responsibility for a massive operational area over five countries in two theaters, extremely high desert temperatures, a two-week sandstorm, and enemy mortar, rocket and unmanned aerial system attacks.

"But you and your Soldiers persevered and overcame every obstacle in your way," Gronewold said. "Your accomplishments have been huge."

Gronewold thanked his Soldiers for enhancing the reputation of the unit by their actions over the deployment. He thanked them and their families for the sacrifices they have made over the past year.

"As you head back home, hold your heads high with pride for what you have accomplished,” he said. “Well done. Phoenix! On fire!”