THE EXPERTS DOUBTED THEM… MARINES LAUNCH HISTORIC AMPHIBIOUS ASSAULT AFTER 911 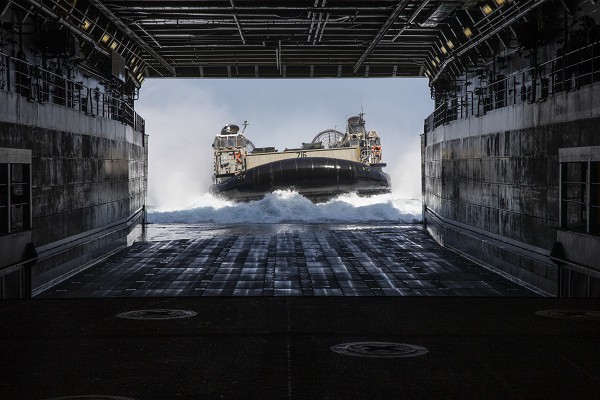 Camp Pendleton, CA. (September 10, 2022): Most military experts said that what the Marines proposed simply could not be done.

While debris from the cowardly terrorist attacks on 9/11 were still smoldering, President George Bush expressed the anger of the American people by summoning the U.S. Military’s shock troops, the Marines.  Military specialists, however, doubted whether the Corps could mount an invasion of a land locked country in one of the most remote and hostile locations in the world without access to forward land bases.  Attacking Al Qaeda and Taliban fighters would require a long-range strike capability as the battlefield would be over 400 miles from the sea. The experts were confident it couldn’t be done and that the Marines would be unable to play a meaningful role.

Someone forgot to “tell it to the Marines.”

Beginning with carrier fighter aircraft, Navy and Marine pilots conducted 70 percent of all strikes against the enemy during the first three months of the war.  General Mattis and his Amphibious Task Force poured thousands of battle-ready Marines into what would soon be called Camp Rhino to cut off the escape of Al Qaeda and Taliban fighters from Kandahar, the de-facto capital of the enemy. In addition to carrier-based aircraft, the Marines employed their versatile McDonnell Douglas AV-88 Harriers with vertical take off and landing capability to provide air cover for units operating out of Rhino and beyond.  Not to be outdone, Marine fixed and rotary wing airplanes flew countless sorties in support of Operation Anaconda, the largest military assault of the war.

Defying the odds, and the predictions of the “experts”, the U.S. Marine Corps shattered the enemy in just three short months resulting in the collapse of the Taliban who fled to the tribal areas of nearby Pakistan in defeat.

As we reflect on the events of 21 years ago, it is fit and proper to honor the brave Americans who delivered sweet payback to the despicable animals that murdered thousands of innocent citizens.  We should also remember that America’s sons and daughters are deployed overseas, right now, ready to protect our nation.

Please consider showing your support for our deployed overseas servicemembers by contributing funds to Support Our Troops’ Patriot Brigade®. Here you will join thousands of patriots who make monthly donations to pay for comfort items and recreational programs for our military deployed overseas. Please go to our secure website SupportOurTroops.Org/donate to contribute to America’s finest today!