ARMY DIVERS? YES… THE ARMY HAS DIVERS TOO 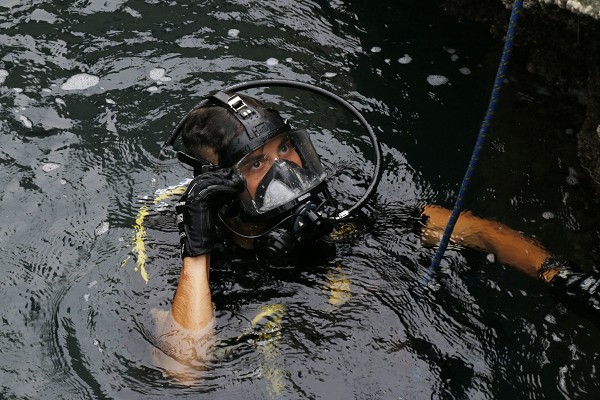 CAMP ARIFJAN, Kuwait (November 18, 2022): Specialist Cesar Rodriquez, a diver with the 7th Engineer Diver Detachment, receives instructions from a diving supervisor before leaving the surface during an annual salvage diver training exercise at Kuwait Naval Base.

CAMP ARIFJAN, Kuwait (November 18, 2022): When one thinks of military divers, images of Navy or Coast Guard ships come immediately to mind. What most American’s don’t realize is that the U.S. Army has divers too, and for unique reasons.

Unlike Navy salvage divers, these Green Berets view combat dives as a means to insert themselves undetected into threat areas rather than conducting routine maintenance.  Army Combat divers are often called upon to work with Ranger battalions during high risk missions behind enemy lines making them the cream of America’s Special Forces.

At Support Our Troops, we honor the dedication and sacrifice of these American heroes by getting them “what they need, where they need it.” That is why we are issuing a national call to all good Americans to show their love and support for our deployed troops this holiday season by joining Support Our Troops' efforts to ship Yellow Ribbon Christmas Care Packages to our troops overseas.

Last year, Support Our Troops delivered over $40 million of tangible support to America’s military servicemembers with 97 percent of every dollar spent on services. We hope you will take a moment, right now, to show your support for our active-duty military deployed around the world.  Here's what you can do…

YOU can make a difference in the life of a deployed servicemember this Christmas.  It’s simple!