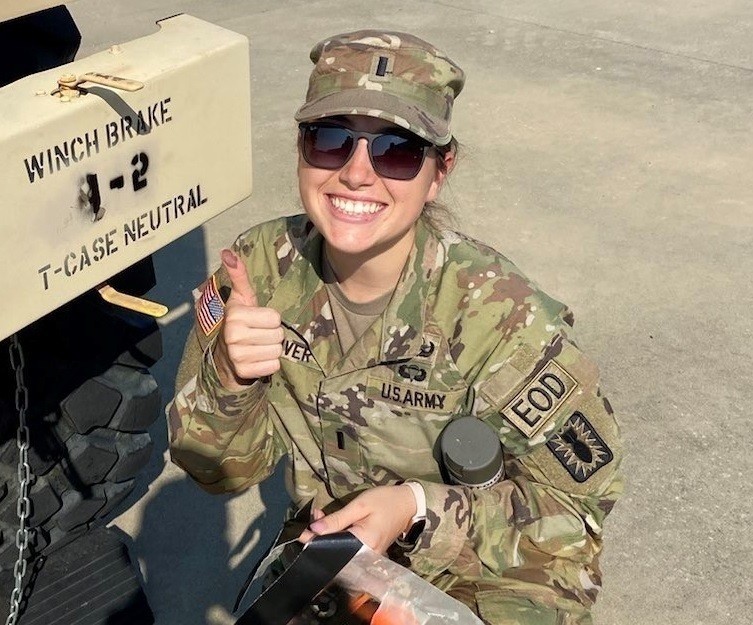 FORT BRAGG, N.C. —By Walter Ham—A graduate of the U.S. Military Academy is leading an elite group of airborne Explosive Ordnance Disposal Soldiers who are able to deploy on short notice in support of the 82nd Airborne Division.

As the 1st Platoon leader for the 722nd Ordnance Company (EOD), 1st Lt. Delanie A. Weliver leads ten Army EOD technicians who deploy with the storied airborne division as part of the Immediate Response Force.

Master Sgt. Diana Layne, unit supply specialist, 1st Theater Sustainment Command, wears her sash before being crowned United States of America Ms. Kentucky 2022 at a pageant in Tifton, Georgia, Oct. 24, 2021. Layne has been deployed twice to Iraq and twice to Afghanistan during her 21 years serving in the U.S. Army.

Master Sgt. Diana D. Layne, executive assistant for the command sergeant major of the 1st TSC, officially received her crown at the USOA Georgia pageant, because Kentucky did not hold an in-person pageant due to COVID-19 pandemic conditions.

Layne described being crowned as a magical moment for her. “It was overwhelming to have someone crown me,” she said.

The master sergeant, who is a unit supply specialist by trade, elected to make her platform for the pageant “being the voice of domestic violence, especially for those who are re-victimized and labeled as the assaulter,” she said. It was her own experience as a domestic violence survivor that led her to select this platform.

For the Ms. Kentucky pageant Layne was nominated and interviewed with the USOA pageant judges via Zoom. She was judged 100% on her personal interview. Before the pandemic, the personal interview contributed to 50% of the total points with the other 25% coming from the evening gown competition and 25% from the swimsuit competition.

No stranger to the pressures of competition, Layne was also crowned Miss Washington Fitness 2021, competing and winning this fitness pageant when she was stationed at Joint Base Lewis-McCord, Washington. 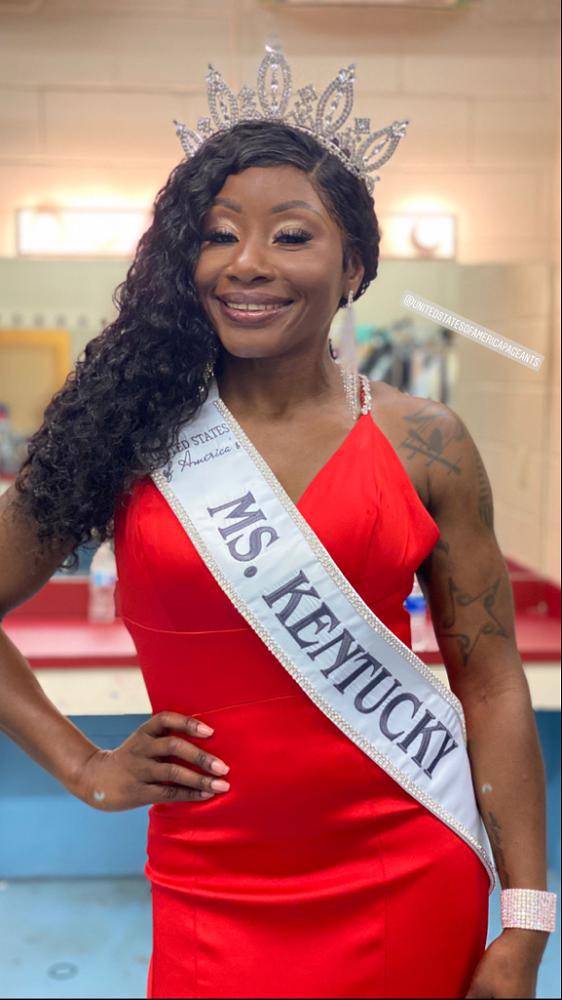 Master Sgt. Diana Layne, unit supply specialist, 1st Theater Sustainment Command, sports her crown and sash at the 2022 United States of America pageant held in Tifton, Georgia, Oct. 24, 2021. Layne was born and raised in Trinidad and Tobago until age 14 when she moved to Brooklyn where she graduated third in her high school class. She has served in the Army for 21 years.

Born and raised in Trinidad and Tobago – the home of the limbo dance, she moved to Brooklyn at age 14 and graduated third in her high school senior class. Layne has one son, Michael, who attends school in Trinidad and lives with his great grandmother. 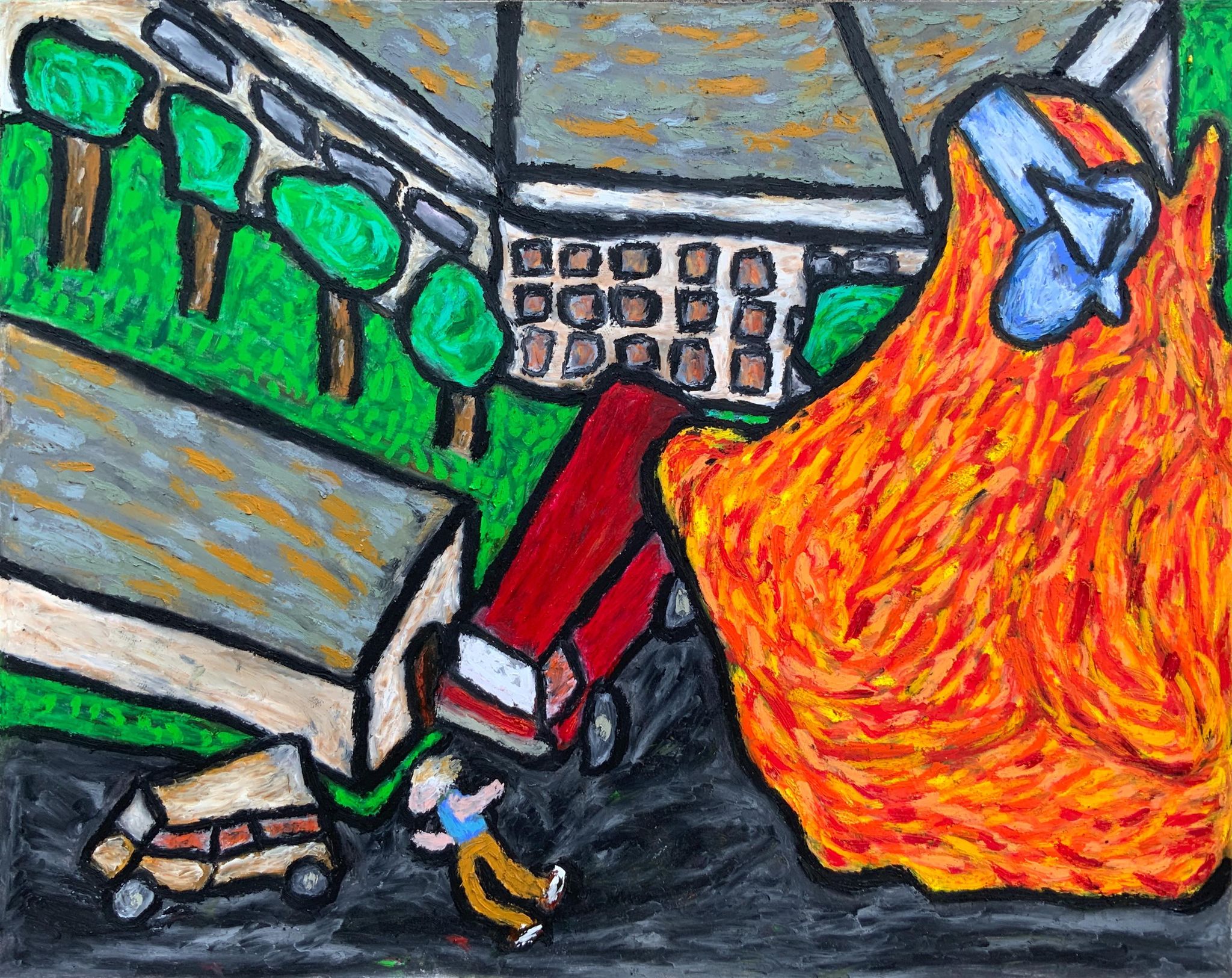 Sept. 1, 2021 - By David Vergun, DOD News - llustration by Mike Howard, DOD − On the morning of Sept. 11, 2001, Pentagon firefighter Alan Wallace was just outside the Pentagon, positioning his firetruck, called a crash truck, near the helipad where helicopters shuttle top brass and civilian leaders to and from the building.

Read more: First Firefighter to Enter Burning Pentagon on 9/11 Is a Vietnam Veteran

Why I serve: ‘It helped me unlock my potential’ 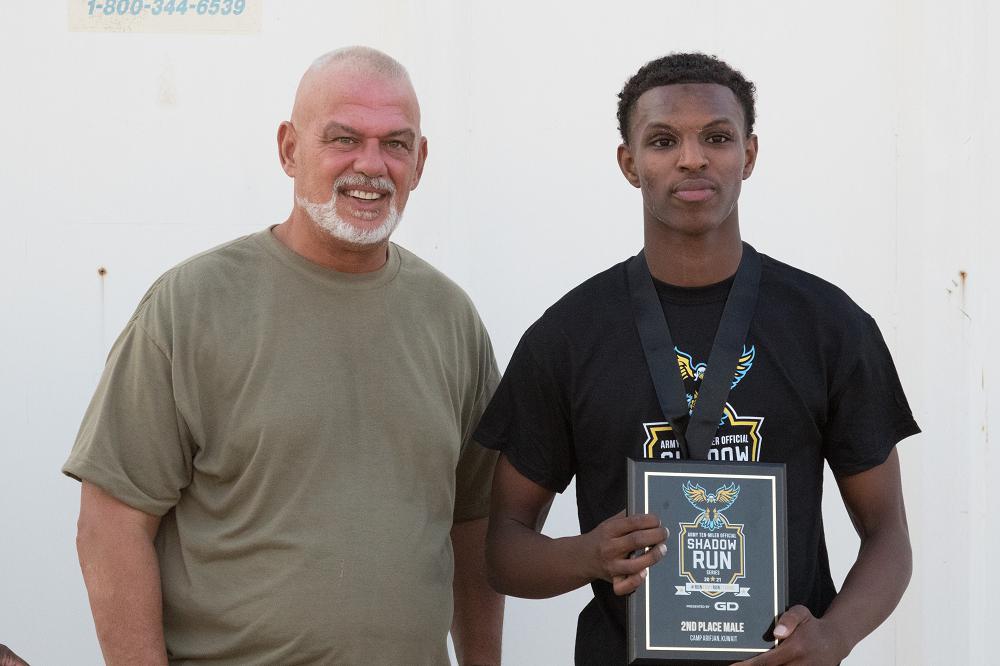 CAMP ARIFJAN, KUWAIT –
Spc. Yacob I. Warsame does not fold in the face of adversity.

“When I was younger … I approached a challenge and thought it was unbearable, but when I joined the Army I had a big challenge ahead of me and it allowed me to step back from the challenge and actually attack it with an open mind, with a great perseverance, and great resilience,” the signal support systems specialist said.

Read more: Why I serve: ‘It helped me unlock my potential’ 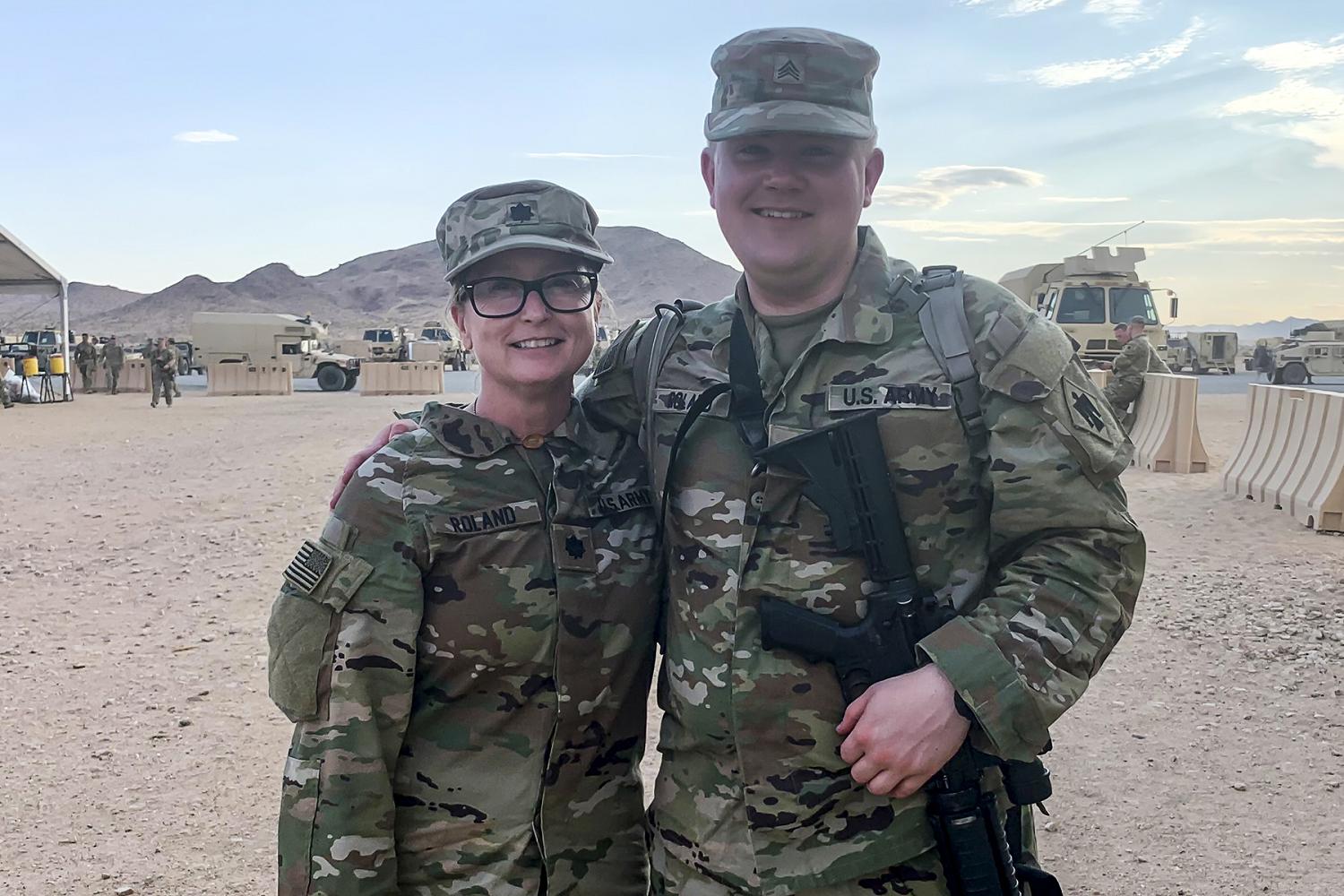 NORMAN, Okla. – Stories of fathers and sons serving in a military unit together are commonplace, as are stories of brothers, but rarely can the same be said about mothers and sons. The 45th Infantry Brigade Combat Team had two such exceptions serving together during the brigade’s training rotation at the National Training Center in Fort Irwin, California.

Lt. Col. Tanya Roland and her son, Sgt. Paul Roland, serve together in the 45th IBCT.