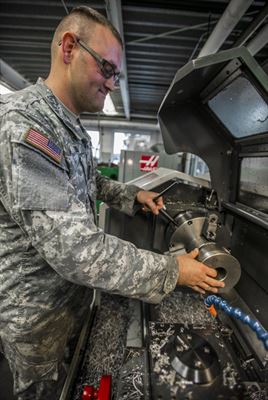 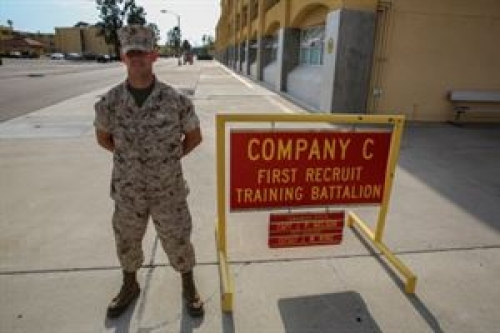 Marine Corps Private First Class Sean F. Evans, Charlie Company, 1st Recruit Training Battalion, stands in front of his squad bay at Marine Corps Recruit Depot San Diego, May 17, 2016. Marine Corps photo by Sgt. Tyler ViglioneMARINE CORPS RECRUIT DEPOT SAN DIEGO, June 09, 2016 — Joining the military is a life changing experience, and reaching the end of a contract can sometimes lead to an emptiness that can only be filled by joining the ranks once again.

Evans says he was always interested in the infantry. In 2004, at age 18, he enlisted in the Army to become an infantryman. After infantry school, he attended airborne school and then reported to his first unit -- the 4th Brigade Combat Team, 25th Infantry Division, at Fort Richardson, Alaska.

Less than two years later, Evans was deployed to Iraq in support of Operation Iraqi Freedom, where he spent a year conducting patrols, executing missions involving high-value targets and cross-training with Iraqi forces. During his tour, he received several individual awards, including the Combat Action Badge. Additionally, his unit received three Valorous Unit Awards, which is the second-highest unit award and is considered the unit equivalent of the Silver Star. It is awarded to units that show extraordinary heroism against armed enemies. 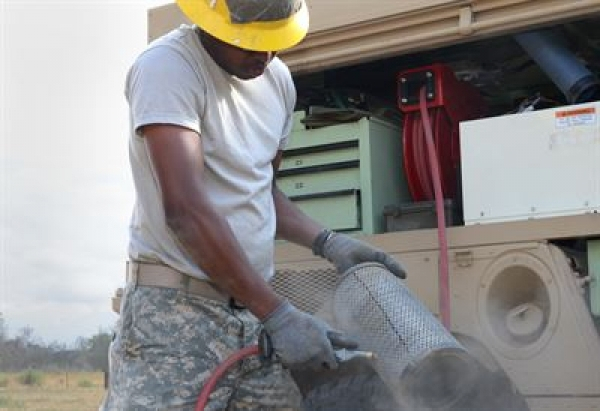 EXETER, Calif., June 06, 2016 — In the Kaweah Oaks Preserve here, a soldier stands near his Humvee. He’s about 6 feet tall, and he’s dressed in a brown undershirt, a hardhat and safety goggles.

Army Pvt. Rhoen Barnes, a native of Jamaica, is a former soldier in the Jamaican army. Now, he’s a wheeled-vehicle mechanic with the U.S. Army Reserve’s 801st Engineer Company. 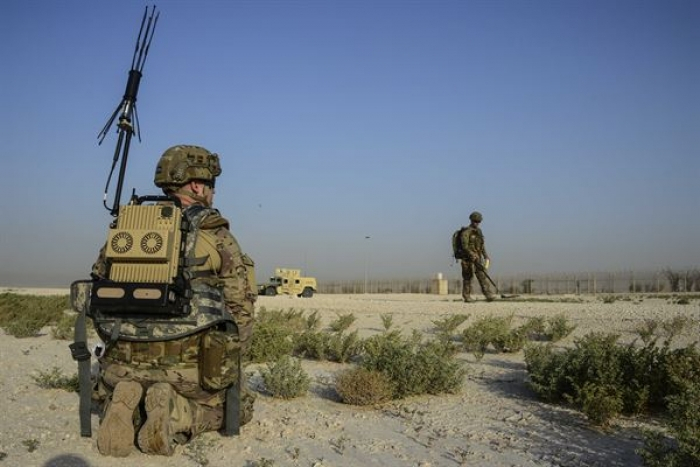 AL UDEID AIR BASE, Qatar, June 07, 2016 — A 5-year-old boy stood in front of his kneeling father in a hotel room, the boy weighed down with 50 pounds of tactical body armor. The gear weighed more than the boy.

Air Force Tech. Sgt. Kelly Badger, an explosive ordnance disposal craftsman with the 379th Expeditionary Civil Engineer Squadron here, placed his hand on his encumbered son’s shoulder and looked him in the eyes. It was a powerful moment between father and son. 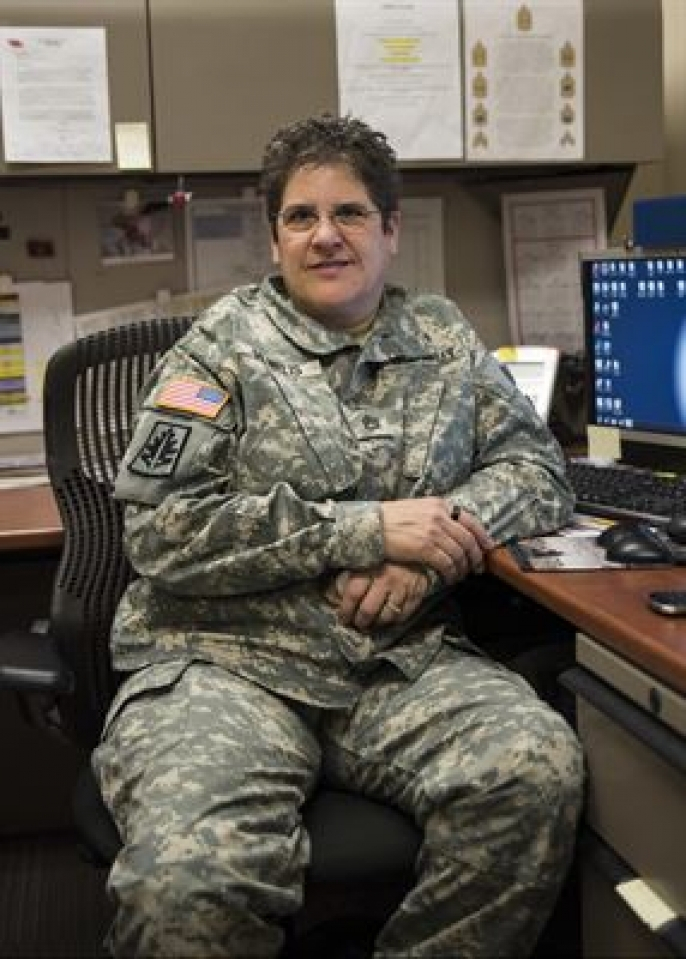 The soldier rolled his wheelchair into DeMelis’ doorway, raised himself up to the pull-up bar that hung in her doorway, put his prosthetic arm and then his other arm on the bar and started doing pull-ups right out of his wheelchair.