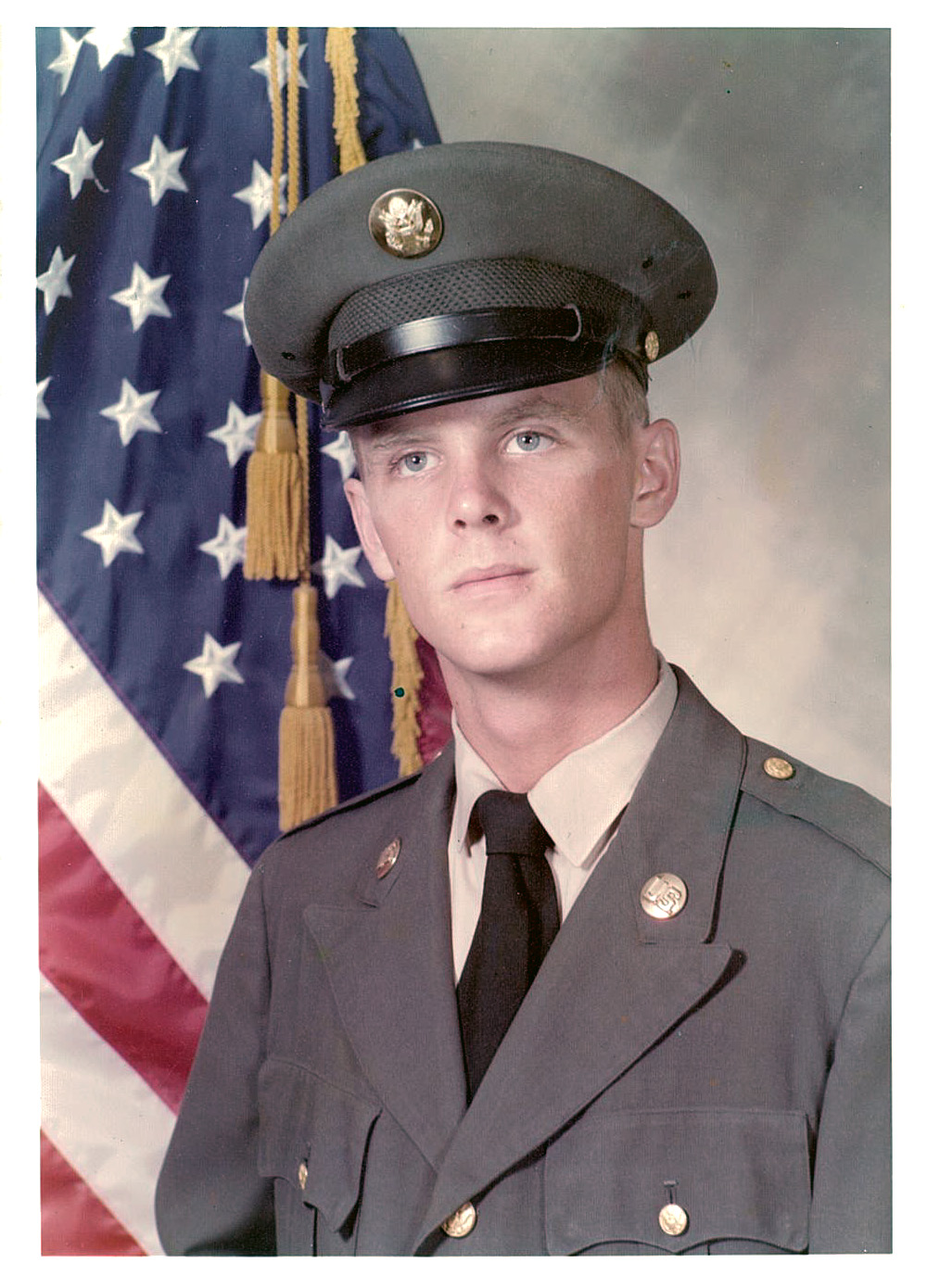 As a veteran, I appreciate the expressions of thanks for my service and sacrifice from civilians, yet I know there are thousands of deployed servicemembers that are far from home and the familiar, alone at the end of each day. As we celebrate America’s veterans this week, let’s not forget our active-duty troops on station around the world.

To that end, Support Our Troops has issued a national call to all good Americans to show their love and support for our deployed troops this holiday season by joining Support Our Troops' efforts to ship Thanksgiving and Christmas Care Packages to our troops overseas, and maybe a little piece of home.

Support Our Troops delivered over $40 million of tangible support to America’s military servicemembers last year with 97 percent of every dollar spent on services. We hope you will take a moment, right now, to show your support for our active-duty military deployed around the world.  Here's what you can do…

YOU can make a difference in the life of a deployed servicemember this Christmas.  It’s simple!

If you would like to provide items for future care boxes or donate to help pay to ship the goods, you can find everything you need to know posted on SupportOurTroops.Org.

As we honor America’s veterans this week, please remember our active-duty vets who stand guard for our country. Let’s do all we can to give them the support of a grateful nation.

"No man stands so tall as when he stoops to help a child."
--Abraham Lincoln 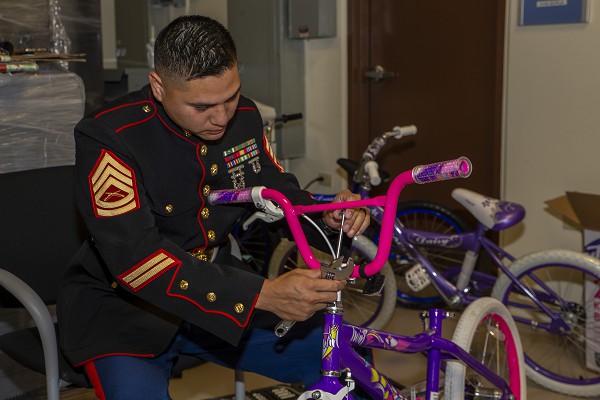 Andersen Air Force Base, Guam. (December 14, 2021): In this photo by Corporal Andrew King, Gunnery Sergeant Rubin Tan, the Marine Corps Base Camp Blaz Communications and Operations Chief, assembles a donated bike as part of the Marine’s Toys for Tots campaign to bring the joy of Christmas to underprivileged children. Ironically, Marines like Gunny Tan and thousands like him will be far from home this holiday season.

Andersen Air Force Base, Guam. (December 14, 2021):  Big, tough U.S. Marines giving of their time and energy to provide Christmas gifts to the less fortunate children of Guam is truly a touching image. The irony here is that this Marine, along with thousands of servicemembers like him, will be away from their home and loved ones this year.

As Americans celebrate Veterans Day this week, it is important to keep in mind our active duty deployed servicemembers, like those on Guam, who stand ready to defend our nation.

America has maintained a continuous Marine presence on the island of Guam since 1899 where they fired the first shots in World War I. During WWII, Guam was occupied by the Japanese until the Marines III Amphibious Corps landed to retake the island, suffering over 8,000 casualties. Guam went on to become a staging and refueling hub for U.S. Forces moving to invade Iwo Jima and Okinawa. Today, Guam is the forward edge of the U.S./Japan alliance in the Indo-Pacific.

FOR AMERICAN TROOPS, THE PREDATOR IS ALWAYS WATCHING 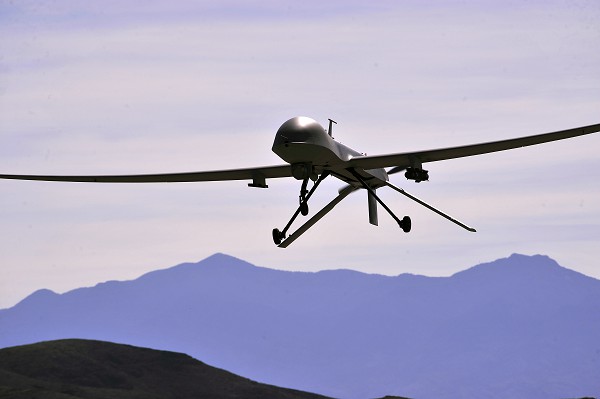 Creech Air Force Base, Indian Springs, NV. (October 18, 2022). Some say the American fighter pilot will soon be replaced by unmanned aerial vehicles (UAVs), pilotless warplanes operated from air-conditioned bunkers thousands of miles from the enemy. No offense to fans of Top Gun, but to servicemembers fighting on the ground, these UAVs offer protection and attack capability that is truly inhuman.

The MQ-1B Predator is an armed, multi-mission, medium-altitude, long-endurance remotely piloted aircraft that is employed primarily as an intelligence-collection asset and secondarily as an attack aircraft against long range targets. Manufactured by General Atomics Aeronautical Systems Inc., the Predator affords ground commanders the luxury of armed reconnaissance of the battlefield with the ability to identity and target enemy positions with two laser guided AGM-114 Hellfire missiles. This baby flies up to 135 mph, has a range of 770 miles, and is flown by a qualified pilot and a sensor operator to monitor imaging and targeting. The Predator is deployed and recovered on a standard 5,000-foot runway and has a maximum take off weight of over two thousand pounds (fuel and armament).

The chief advantage of the Predator, in addition to advanced optics, is its ability to “loiter” above a given target for up to 14 hours, something that is simply impossible with existing attack fighters and crews. Typically, the Predator is loaded unassembled into a C-130 transport aircraft and shipped to within range of the battle accompanied by a small operations crew to reassemble and launch it. Once airborne, pilots and tactical controllers in the United States take over the mission.

Read more: FOR AMERICAN TROOPS, THE PREDATOR IS ALWAYS WATCHING

IS IT A FLYING SAUCER? NO, IT’S THE V-BAT 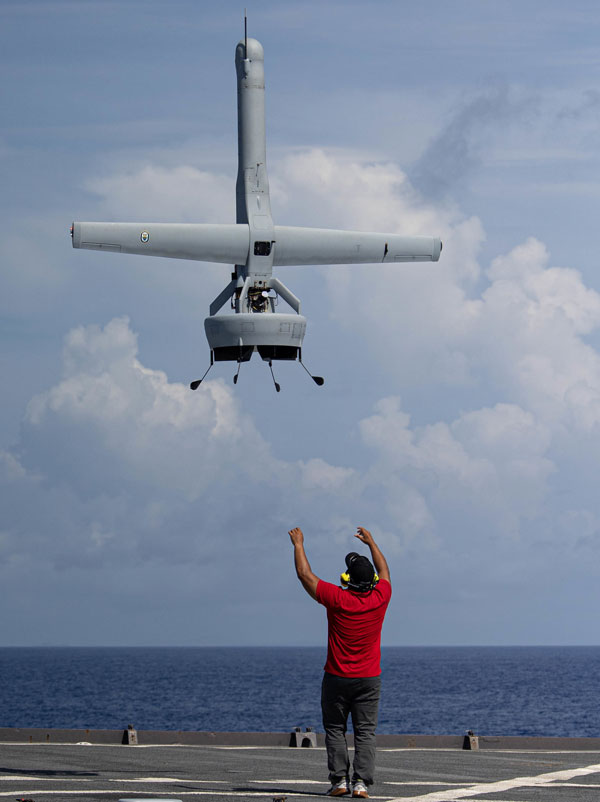 Aboard the USS Rushmore, Philippines Sea. (October 19, 2022): It looks like a flying saucer from outer space. To the Sailors and Marines aboard American warships, it is an omnipotent creature, able to see and report over great distances gathering vital information that saves lives.

The V-BAT Drone, manufactured by the advanced aviation technology company Martin UAV, is a platform for intelligence gathering, surveillance, and reconnaissance that requires no launch equipment, making the system ideal for expeditionary operations. The unmanned aerial vehicle (UAV) takes off and lands vertically and has both military and commercial applications. In the civilian world, the V-BAT is used for monitoring border security, firefighting, disaster response, and even oil and gas exploration.

Read more: IS IT A FLYING SAUCER? NO, IT’S THE V-BAT 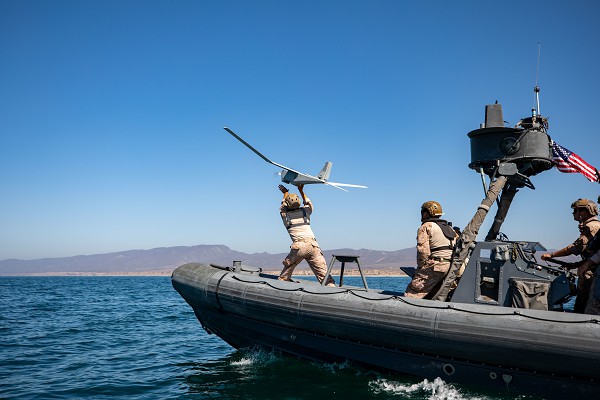 Camp Pendleton, CA. (October 22, 2022): During WWII, allied forces landed on the beaches of Normandy with very little idea of what they would face when they reached the beach. Intelligence was scarce, save for a few French resistance reports, and assessments of enemy troop positions was sketchy, at best. The Allies were going in blind.

In today’s technological age, American servicemembers no longer depend upon luck and local informants to assess enemy strength before an invasion, they have the PUMA on their side.

Officially named the Pointer Upgraded Mission Ability (PUMA), this unmanned arial vehicle resembles the hand launched balsa wood toys of our youth and it can be deployed from Navy ships or even small inflatables (See photo above) to scout landing sites for trouble. Developed by AeroVironment, the PUMA gathers tactical intelligence, conduct surveillance and reconnaissance, identify targets, maritime patrol, search and rescue, and counter-illicit trafficking missions. The PUMA features a light airframe weighing only fourteen pounds and has a 3-foot wingspan that can easily be assembled and launched by two people. 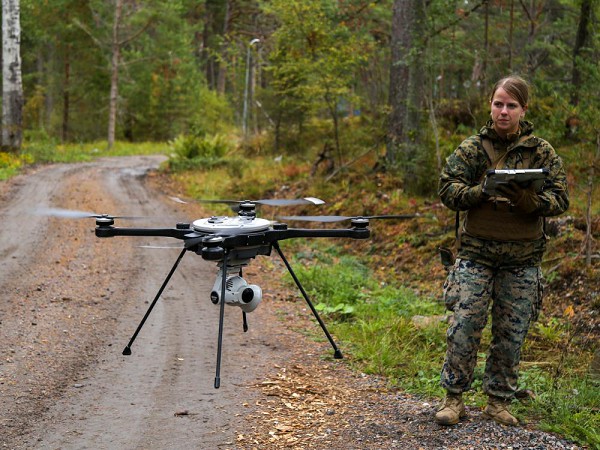 Sweden abandoned its neutrality in response to the illegal invasion of Ukraine and has applied for NATO membership, a sea change in attitude thanks to Russian Dictator Vladimir Putin. The move has widespread support among the Swedish people with recent surveys indicating 58 percent now support joining the alliance in the face of hostile threats from neighboring Russia.

The last time the Swedes chose sides in times of war stretches back to 1812, when a young America declared war on the British and Napoleon made the unwise decision to invade Russia. Today, American and Swedish Marines train together in exercise Archipelago Endeavor, a series of field maneuvers ranging from water survival techniques to vessel-borne raids and patrols along Sweden’s eastern shore.

The Skyraider is a state-of-the-art unmanned aerial system that U.S. and Swedish forces will deploy in any future conflict with the Russians. The Skyraider is ideal for gathering intelligence on enemy positions, surveillance, reconnaissance, and clandestine operations. The system requires only one operator and carries a variety of payloads up to five pounds. Although classified, the Skyraider is reputed to be powered by the latest in artificial intelligence.

In the event of war with Russia, Sweden would join NATO allies Estonia, Latvia, Lithuania, Poland, Germany, Denmark, and Finland to defend the Baltic Sea region.

As our forces deploy to confront Russian aggression, we need to do everything possible to ease their burden. Please consider donating to Support Our Troops’ Patriot Brigade®, joining thousands of Americans who make monthly donations to pay for comfort items and recreational programs for our military deployed overseas. Go to our secure website https://supportourtroops.org/donate to contribute to America’s finest today!