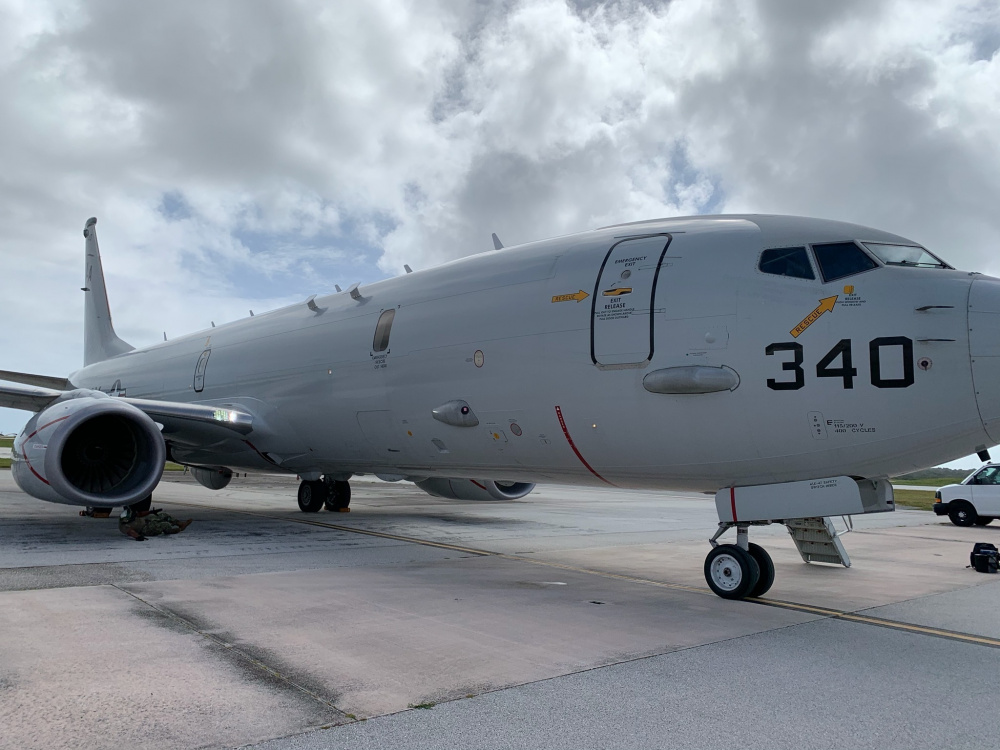 The Maritime Patrol and Reconnaissance aircraft (MPRA) with VP-5, traveled to Andersen Air Force Base in Guam to hone their skills with members of the Royal Australian Air Force, Canadian Air Force, Indian Navy, and Japan Maritime Self-Defense Force. The development of the culture of the Space Force, the training Space Force personnel (now called guardians) will receive, the balance between enlisted and officer ranks in the new service, and how the force will be constituted were among the issues that Chief Master Sgt. Roger A. Towberman, the new service's first senior enlisted advisor, discussed in a recent interview.

The U.S. Space Force celebrated its first anniversary on Dec. 20. There are now roughly 2,300 uniformed members of the new force and it is projected to grow to around 6,500. Currently, there are about 100 new accessions in the service, and the remainder of the military members transferred from the Air Force. This year, the service will transfer about 3,500 more members from the Air Force and begin merging personnel from the other services into their units. There are currently 16,000 military and civilians assigned to the Space Force, and that number is expected to grow to about 20,000 in the next couple of years.

A third of the assigned force today is enlisted personnel, and typically the non-commissioned officers are the custodians of a service's traditions and culture. 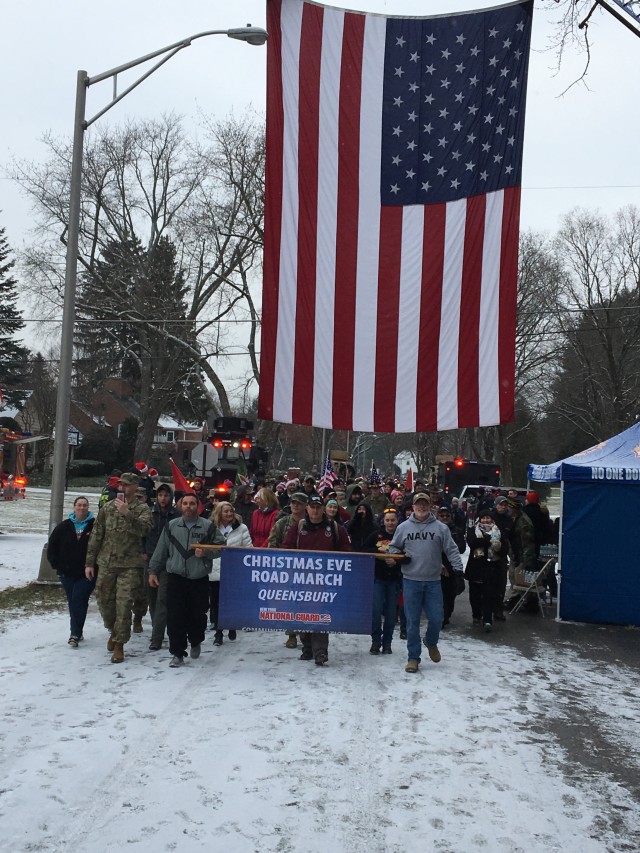 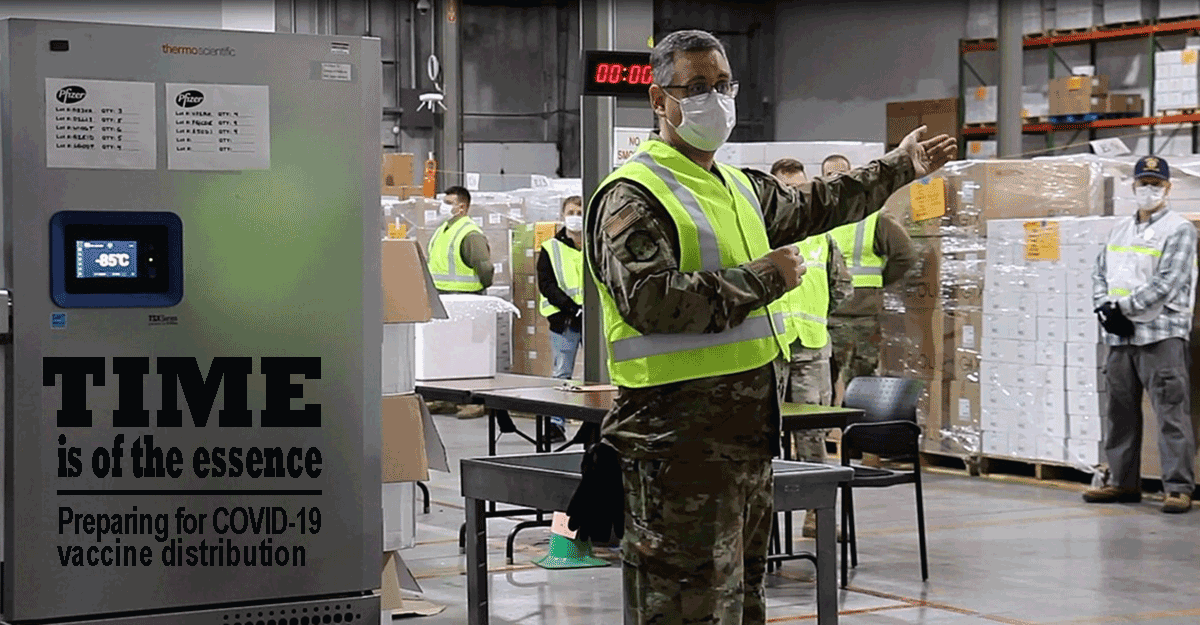 Ohio Air National Guard Senior Master Sgt. Gregory Sprowls explains the process of receiving and repacking COVID-19 vaccines. Sprowls, an air transportation specialist with the 121st Air Refueling Wing in Columbus, Ohio, said his military skills have helped in working with partners from the Ohio Department of Health to develop the logistics plan for the vaccines the state will soon have at its Receive, Store and Stage warehouse. (Photo by Courtesy Ohio Gov. Mike DeWine's office)

COLUMBUS, Ohio – Military and civilian partners form an assembly line around tables and carefully work together to safely transfer glass vials into small boxes. Time is of the essence to keep the vials super cold. The vials are empty now and the packaging assembly lines are just for practice, as the Ohio National Guard works with the Ohio Department of Health to prepare for the arrival of a COVID-19 vaccine. 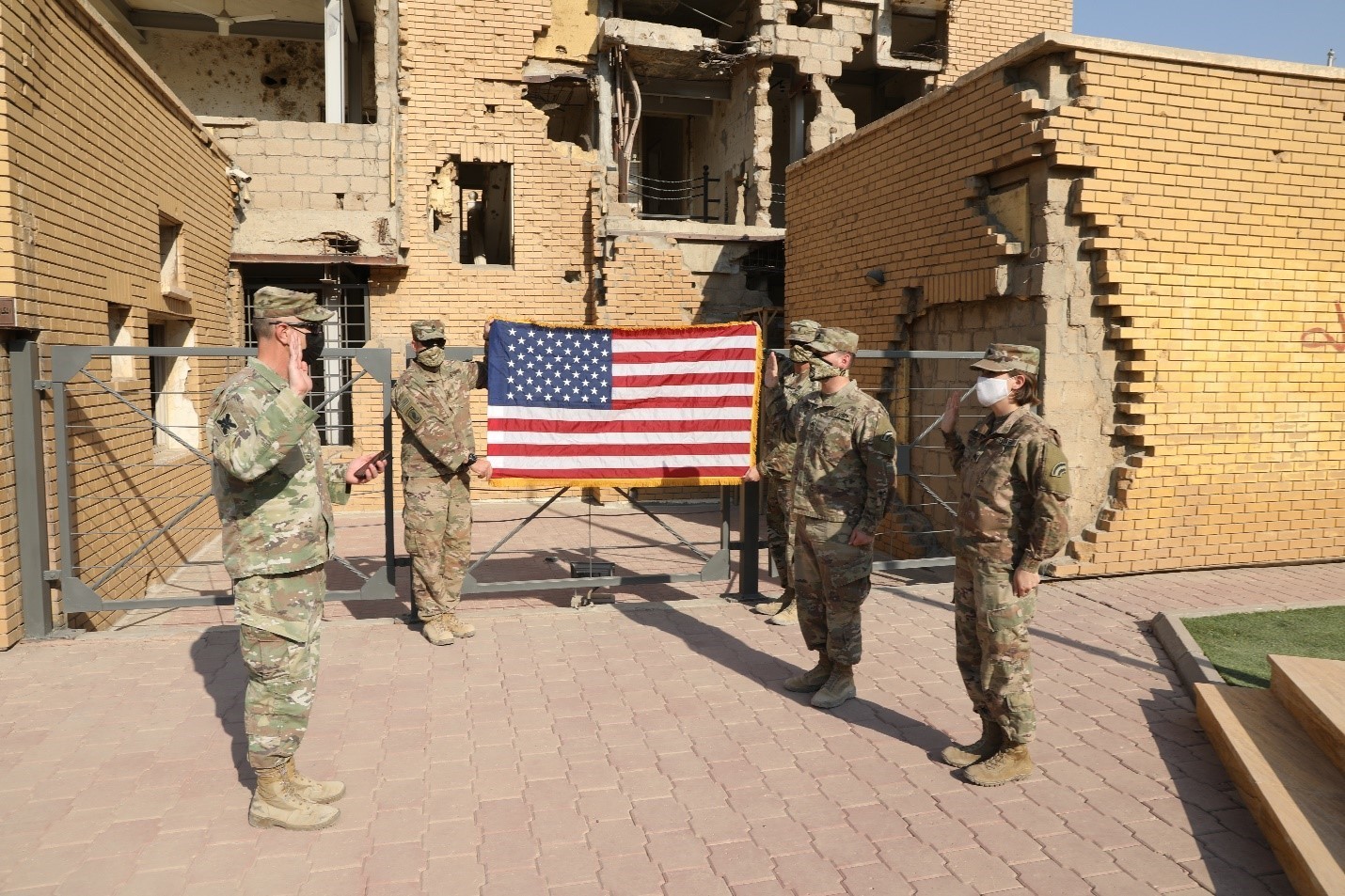 U.S. Army Staff Sgt. A. Jared Forst and Sgt. Becca Meerwarth take their oath of reenlistment Oct. 30, 2020, in Kuwait. The reenlistment was carried out at the Kuwait Martyr’s Museum with Col. Sean Flynn administering the oath. (U.S. Army photo by Sgt. Trevor Cullen)

In front of the Kuwait Martyr's Museum, U.S. Army Staff Sgt. A. Jared Forst and U.S. Army Sgt. Becca Meerwarth administered their oath of service as they re-enlisted in the New York Army National Guard while deployed to the Middle East to support Operation Spartan Shield. 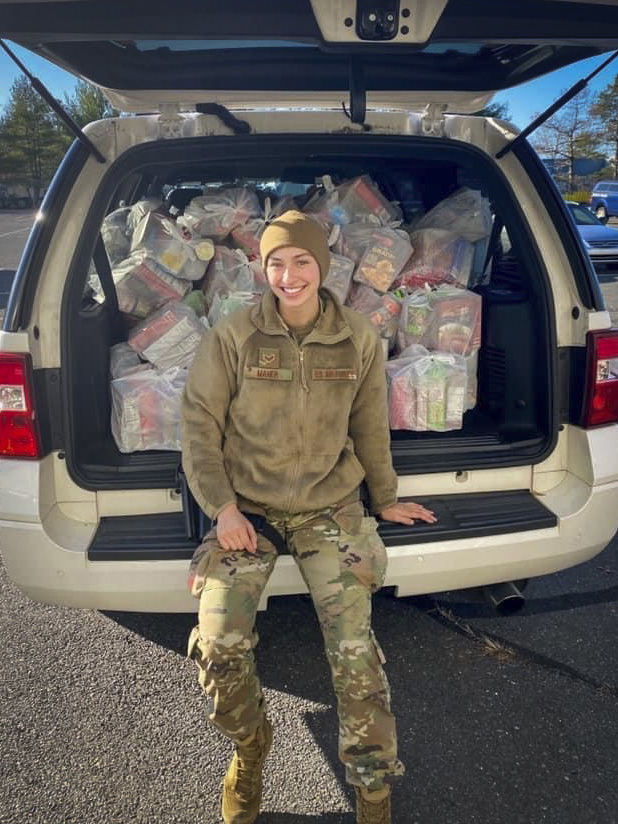 EAST GRANBY, Conn. – As many Americans continue to face health and economic challenges during the COVID-19 pandemic, a Connecticut Air National Guard member is making sure families can enjoy a warm meal this Thanksgiving.